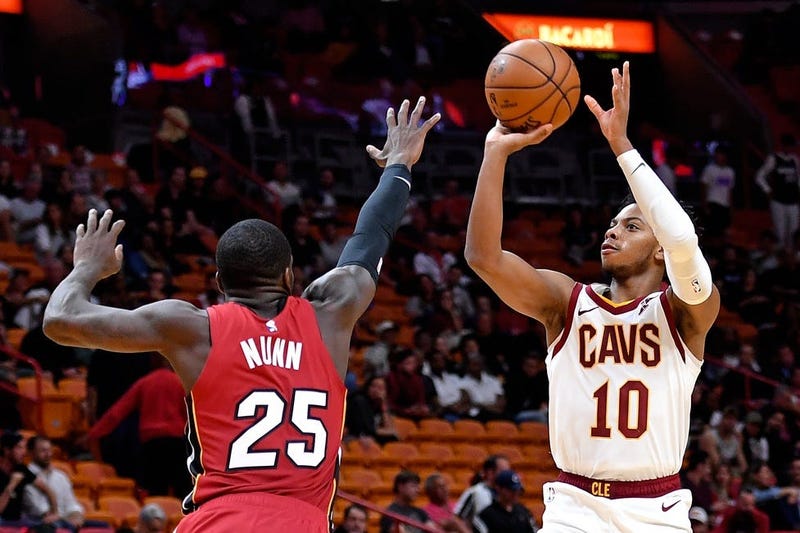 The No. 5 overall pick only played five collegiate games, didn’t play in the summer league and missed most of training camp due to injury.

The Cavs drafted him to be a building block for the future. They felt like an elite shooter and playmaker like Garland was too good to pass up, despite concerns about his height (6’1”) and injury history.

Garland’s NBA career got off to a shaky start. He was tentative and didn’t look comfortable on the floor. There were flashes of potential on a nightly basis, but they would come and go in an instant. He shot 29 percent from the floor in his first seven games.

The 19-year-old has rebounded well from his early season struggles. The game appears to be slowing down for him and his confidence is growing everyday.

Garland is averaging 16 points and 2.6 assists-per-game over his last five contests. He’s shooting 48 percent from the field and 53 percent from 3-point range over that span.

“We’re starting to see what kind of player and point guard we have,” Larry Nance Jr. said on Friday night. "The game is slowing down (for him)."

Garland played great in the Cavs’ 119-110 loss to the Bucks. He drove, dished and shot his way to a team leading 21 points and six assists. He made a career-high five 3-pointers, which helped spark a run for the Cavs, who pulled within three after trailing by 22 in the first half.

“He just looked like he felt really sure of himself, very confident on the floor,” head coach John Beilein said. “He is starting to get a command for the offense, he’s starting to take some charge on some things and then he’s playing against some really good guards every minute, so he is improving there.”

Garland shot the ball well in pre-draft workouts with the Cavaliers, Lakers and other teams. Scouts around the league raved about his potential. He played his way into shape after missing most of the offseason with a knee injury that ended his lone college season after just five games.

Garland is leaner and more confident than he was a few weeks ago. The Cavs hope this is just the start of something special in Cleveland.