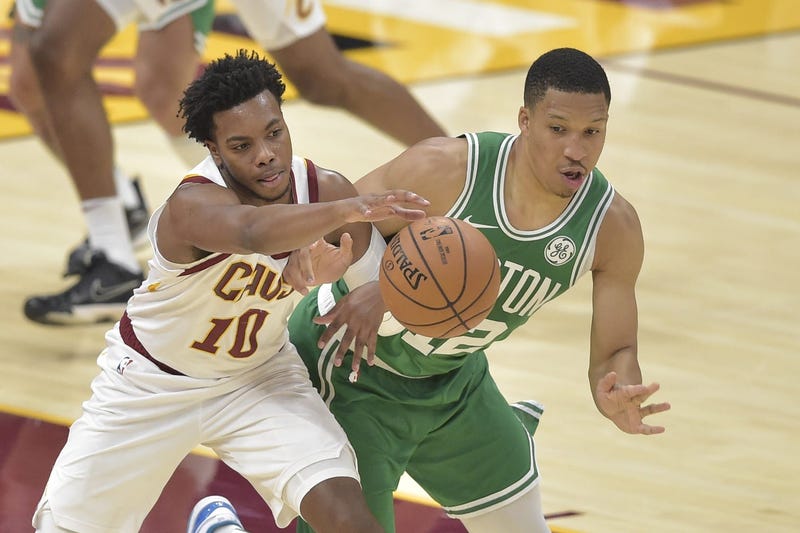 October 22, 2019 10/22/2019 6:38 pm
INDEPENDENCE, OH – The Cavaliers put the finishing touches on their game plan, as the team is traveling to Orlando for Wednesday night’s season opener against the Magic.

The team knows there are going to be growing pains with a young roster and a first-year head coach, but they’re excited to start the regular season.

Outside expectations for the Cavaliers are low this year. The players and coaching staff aren’t worried about that, they’re just hoping the team comes together during the season.

“We are in the very early stages of building a culture and building a team,” head coach John Beilein said. “I want to see some things that we’ve been working on in practice translate over. I’d like to see it in application.”

The Cavaliers will likely start Darius Garland at point guard. The fifth overall pick didn’t start in the preseason, but he’s shown Beilein enough to earn the job.

“I think it’s probable,” Beilein said when asked about Garland starting. “Delly’s so valuable in so many ways. If we have a rookie in that first five and a rookie in that second five, it’s really good to have Delly in there with Kevin (Porter).”

That means the Cavs’ backcourt will likely feature Collin Sexton and Garland on opening night. The organization hopes it’s the start of something special in Cleveland. The duo might have their shortcomings defensively, but they also fit well together on offense.

“It’ll be a good dynamic. I think they’ll push each other,” Tristan Thompson said. “It’s going to be good to have them both on the court together. Obviously on the defensive end the back line is going to be there to have their back.”

Garland is expected bring the ball up on most possessions and Sexton will play off ball like he did at times last season. Both guards have contrasting styles, which should make it more difficult for teams to prepare for and play against.

John Henson did some half-court work on Tuesday, but isn’t expected to be available for Wednesday’s game against the Magic.

The Cavaliers claimed former Warriors forward Alfonzo McKinnie off waivers on Monday. He’s new to the team, but the organization is excited to have him.

“I hear tremendous things about him as far as a good culture guy,” Beilein said. “A guy in the locker room, an athletic young man that has played in winning programs and we certainly need that.”

The Cavs’ roster is at 14, which means they still have an open roster spot and could make another move in the future.