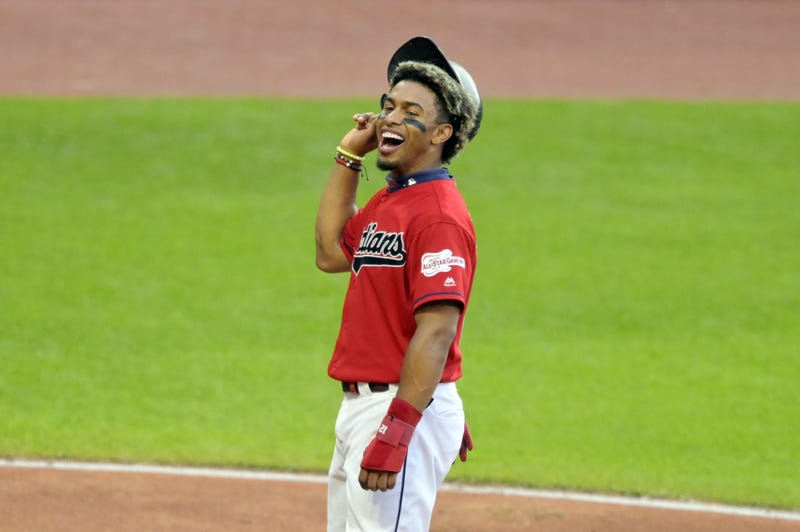 The conference call was supposed to be about their newest infielder, but their best player stole the show.

Antonetti fielded multiple questions about trade talks for Francisco Lindor and his future in Cleveland. He wouldn’t elaborate on specific negotiations, but made it clear that he thinks Lindor will be a member of the Indians organization in 2020.

“I still have every expectation that Francisco will be our shortstop Opening Day,” Antonetti said. “I’m more confident today in saying that, as more of the offseason has passed.”

Lindor is available if the right offer comes along. The Indians are willing to trade the four-time All-Star, but their asking price is “sky-high” according to multiple sources. Organizations like the Reds and Dodgers have shown interest in Lindor, but it’s looking more and more likely that he’ll be back with the Tribe this season.

“I can’t control the conduct of other teams as far as them calling us with interest and wanting to explore things,” Antonetti said. “We’ve had conversations on the majority of our major league roster and a bunch of players in our minor league system over the course of the offseason. The majority of those guys, other than just a couple, are still with us.”

Antonetti believes the Indians can compete in 2020 with their current roster. The addition of Hernández means that their starting infield is set. Oscar Mercado is expected to remain in center field and they like the additions they've made so far this offseason.

“We feel like we’ve improved our bullpen with Emmanuel Clase added, our outfield options with Delino DeShields and now really solidified second base with César Hernández,” Antonetti said. “A couple of those additions with the guys that we have returning, both our veteran, established players, as well as some young players and we feel good about the spot we’re in heading into Spring Training.”
The Indians are in a position to add to their team between now and the start of the season. Their payroll is projected to be slightly under $90 million for the 2020 season, which is much less than it has been in recent years.

Bringing in a free agent outfielder would make sense. Reuniting with fan favorite Yasiel Puig should be on the table. He was a good fit in the Indians’ clubhouse and seemed to impress manager Terry Francona after joining the team in July. Is he willing to sign a short-term deal? The longer he’s a free agent, the more likely a reunion becomes.

Antonetti declined to comment specifically about Puig, but did say the team is open to adding talent in free agency.

“We’ll always continue to examine opportunities to improve the team and see what those might be moving forward, but we do feel pretty good about where we are,” he said.

Other outfield options that could pique the Indians’ interest include Domingo Santana and Kevin Pillar.

One outfielder that could make an impact in the big leagues this season is Daniel Johnson. The 24-year-old posted a .290/.261/.507 slash line in 123 minor league games last season. He spent most of his time in Columbus and joined the organizations top prospect — Nolan Jones — in the Future’s Game during the All-Star break.

“We're really excited about the development Daniel made last year and are excited to continue to see his growth and development this year,” Antonetti said. “We do think he's got a chance to impact his major league team, exactly when that will be is hard to predict, but we're really excited by the progress he made last year and we're looking forward to seeing him again this spring.”

Jones, 21, underwent surgery on his right thumb in October. He’s expected to make a full recovery and be ready for the start of Spring Training. Jones could still be a year or two away from being a significant contributor for the Indians, but they love his potential.

The organization was excited to add a proven infielder like Hernández to the roster.

“We feel he’s a really good all-around baseball player,” Antonetti said. “Offensively, he has a history of controlling the strike zone. As a switch-hitter, (he’s) productive from both sides of the plate.

“We think he has a chance to contribute to the team in a variety of ways: offensively, defensively and on the bases, and think he’ll fit really well in our clubhouse. He was a target for us from very early on in the offseason.”

The Indians also traded catcher Eric Haase to the Tigers for cash considerations. Haase was designated for assignment to make room for Hernández on the 40-man roster.