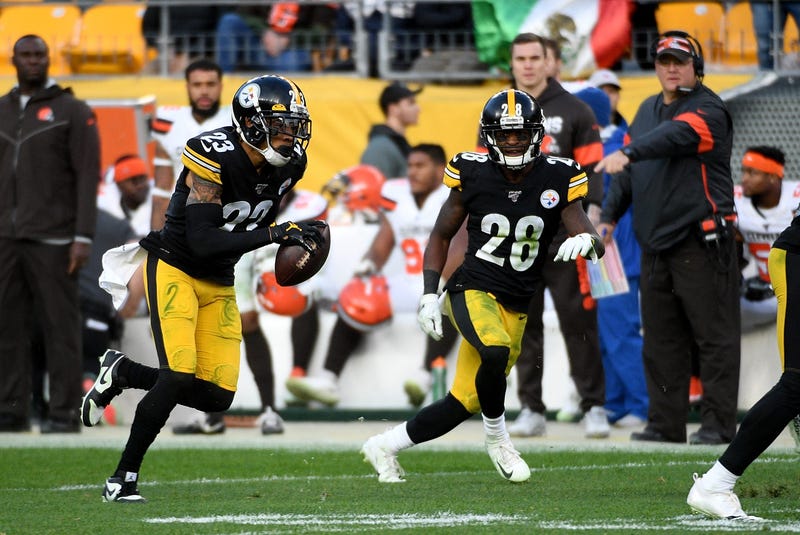 It’s not just a 2019 epidemic, it’s a tradition the franchise established years ago and one Freddie Kitchens, Baker Mayfield and the rest of the team were charged with finally breaking.

This year was supposed to be different and Sunday afternoon in Pittsburgh, trailing by seven and the game hanging in the balance along with their playoff hopes, it happened again.

Mayfield was intercepted by former Browns cornerback Joe Haden to seal the victory for the Steelers. Mayfield and receiver Jarvis Landry appeared to have a miscommunication on the play resulting in the pick.

The great quarterbacks put together meaningful drives late in games and Mayfield hasn’t done much of that in 2019 outside of the game-winner against Buffalo. He's had five chances and failed four times.

Randall Reaction – Kitchens would not explain why safety Damarious Randall was left home from Saturday's trip to Pittsburgh.

ESPN reported Randall missed a practice during the week – possibly Thursday when reporters were not on hand because of the Thanksgiving holiday. Randall was seen on the field Wednesday and Friday during the portion of practice open to reporters.

So, where does the safety stand?

“His status going forward is he will come back this week and I am assuming we will do everything we need to do to be on the field,” Kitchens said.

Despite the egregiousness of the infraction, whatever it was, Kitchens is not looking for Randall to earn his trust back.

“Damarious has my trust. It has nothing to do with trust,” Kitchens said. “I trust these guys as long as they show me they can be trustworthy, so moving forward, I do not have a problem with Damarious.”

Refocus time – Sunday’s loss eliminated the Browns from AFC North contention and their playoff hopes are on life support. Mathematically they are alive, but barely.

“Just simply put, the same way we did when we were 2-6,” Kitchens said when asked how he expects his team to respond. “These guys invested a lot into getting back to the point to get us to where this game even meant anything. Moving forward, we are going to do the same thing because I know this, we have a zero percent chance unless we take care of what we can take care of, and that is just to go 1-0 this week.

“We are about to play a Cincinnati team that is coming off of their first win. Their confidence is going to be at an all-time high. We understand that and respect that, but we also know that is more about us than anything else.”