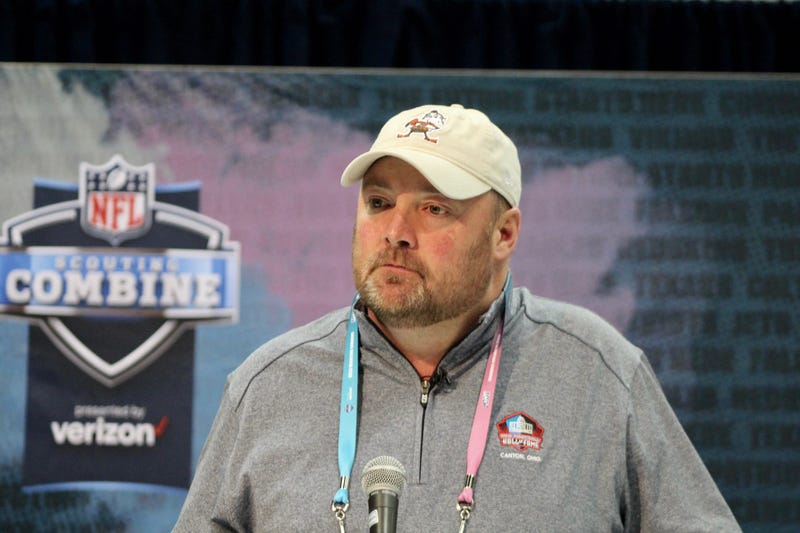 Head coach Freddie Kitchens has his fingers crossed Perriman will remain a Brown.

“Breshad had more success with us than he has with anybody else, so of course we’ve got plans for Breshad moving forward and hopefully we get him back,” Kitchens said Wednesday.

It is expected that Perriman’s agent, Drew Rosenhaus, will drive a hard bargain for Perriman on the open market now that the receiver was able to reestablish himself in such a short time in Cleveland.

Ravens head coach John Harbaugh, who cut Perriman last September 1, is a big Perriman fan and believes that Perriman has only scratched the surface of his potential.

“I think it’s better for Breshad right now that he explores all the other options,” Harbaugh said when asked if he'd welcome the receiver back in Baltimore. “As a guy and a player, you’d never mind having him back. There was nothing wrong with Breshad Perriman for us. He worked hard. He did everything he could to be the best that he could be. The timing wasn’t right. He had a lot of injuries and it just never fell in place for whatever reason.

“To see him go to Cleveland and do the things he did there made me happy as a coach. I was proud of him. I didn’t want to defend him. Didn’t want to see him score touchdowns against us, which he did, that’s tough but I’m proud of him. He’s a great young man and he’s going to be a good player in this league.”

After the Ravens cut Perriman, Washington signed him on Sept. 18 before cutting him on the 22nd.

The Browns signed Perriman on Oct. 13 and he went on to catch 16 passes for 340 yards two touchdowns in 10 games, two of them starts.

Perriman will be free to negotiate with any team on March 11 and sign when the new league year begins at 4 p.m. eastern on March 13.