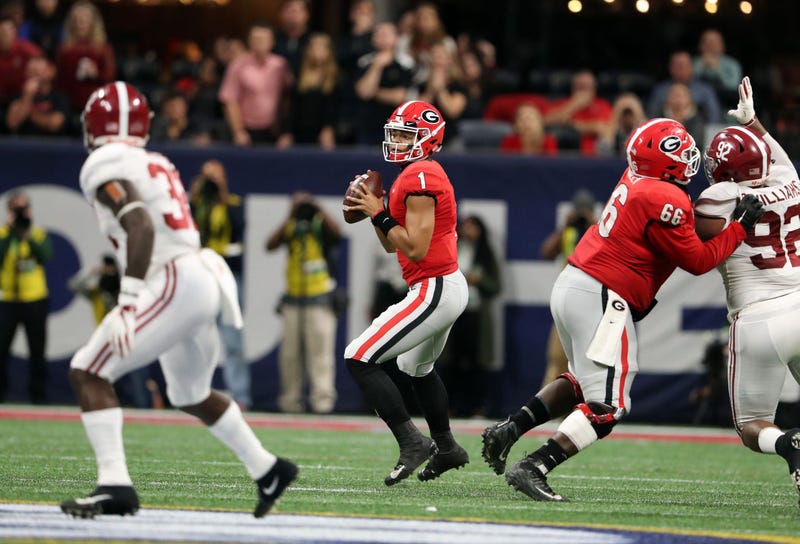 Fields, who decided to transfer from Georgia after one season sitting behind Jake Fromm, was expected to visit the Ohio State campus on Friday, a person close to the situation told The Associated Press. The person spoke on condition of anonymity because no transfer has been finalized. The person said Fields and Ohio State officials both expressed interest in the move.

Fields’ arrival at Ohio State would be huge for Day, who took over as the Buckeyes coach Wednesday after Urban Meyer’s retirement. Fields was the overall No. 2 national prospect in the 2018 recruiting class and was highly sought after he announced his intention to transfer last month.

The Kennesaw, Georgia-native would deepen Ohio State at quarterback and set up an intriguing competition with Tate Martell.

NCAA rules would require Fields to sit out next season if he transfers, though he could request a waiver to become immediately eligible.

Fields was the target of a racial slur from a Georgia baseball player during a football game in September.

The 6-foot-3, 220-pound Field was relegated to backup for the sixth-ranked Bulldogs behind star sophomore Fromm this season. Fields played in all 12 games, completing 27 of 39 passes for 328 yards with four touchdowns, and running for 266 yards and four touchdowns. His most significant playing time, though, came in lopsided victories against nonconference opponents.

Fields’ most notable play of the season came in the SEC championship game loss to No. 1 Alabama, when he was used on a failed fake punt in the fourth quarter that set up the Crimson Tide’s go-ahead touchdown.

Haskins, who broke several single-season Big Ten and school rushing records and was third in Heisman Trophy voting, said after the Rose Bowl on Tuesday that Fields had contacted him about whether he planned to enter the NFL draft. At the time, Haskins said he hadn’t made a decision.