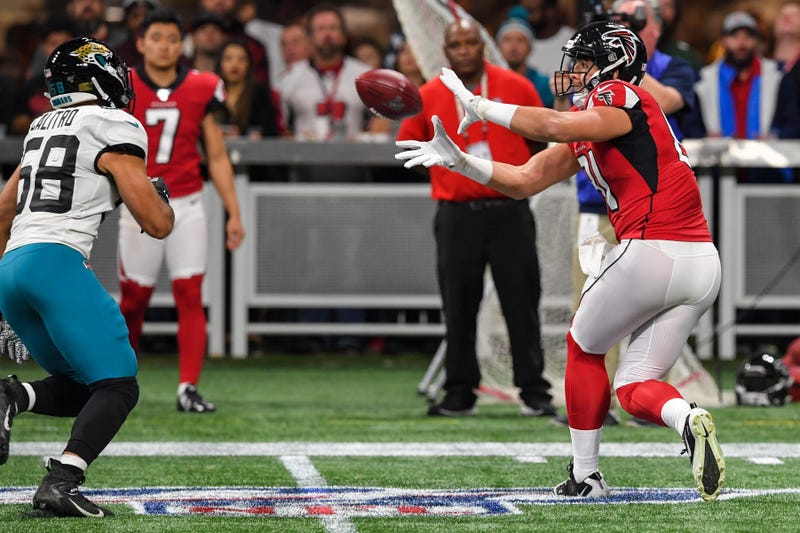 Hooper was among 19 current and former players to team up with Gary Barnidge’s foundation, American Football Without Barriers, for its eighth annual trip overseas where they held multiple football camps and engaged in other philanthropic efforts.

“It was good being overseas with them for a week,” Hooper said.

During the February trip, Barnidge along with Jordan Cameron convinced Hooper Cleveland would be a perfect fit for him when free agency began.

“They spoke of the fan base and the city itself,” Hooper said. “They sold me on the idea before legal tampering even occurred and the time the Browns and I were able to actually speak.”

Hooper agreed to a four year, $42 million with $23 million guaranteed deal on March 18, shortly after the legal tampering window opened.

Both explained the lasting effect the city of Cleveland left on them despite the franchise’s struggles on the field.

“They both were like that was the best football experience from a fan and community perspective they both have had. That was something that really stood out to me.”

Hooper was able to return to the states just in time as the COVID-19 pandemic began sweeping the globe and he felt fortunate to be home.

“We were one of the last flights out of Amsterdam,” Hooper said.

“While we were over here still thinking, ‘Oh this is the common cold or something,’ for the people of Europe, it was a very escalated situation already over there. It kind of prepped us for what was going to come. It was a very very unique situation.”

Cameron and Barnidge weren’t the only former Browns to impact Hooper’s career.

“He kind of laid the foundation of my football education in a sense,” Hooper said. “There’s numerous things I learned from him.

Aside from the recruiting pitch made by Barnidge and Cameron, Hooper already knew what the Browns had on the roster from an offensive standpoint.

It could be argued that sealed the deal, besides the hefty contract he received.

“It was way too exciting of an opportunity to pass up,” Hooper said.