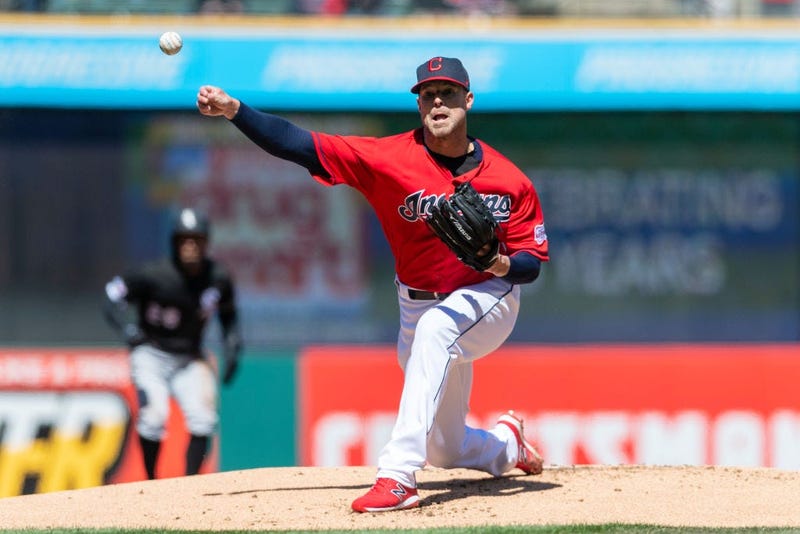 Photo credit (Photo by Jason Miller/Getty Images)
By 92.3 The Fan

Corey Kluber spent the last 10 years in our organization; 9 of those at the Big League level.For 2 Cy Young Awards, 3 All-Star Game appearances, an incredible 2016 Postseason run, and so many incredible memories in a Tribe uniform … Thank you, Corey. pic.twitter.com/NGjkSOBW9G

"Trades like this are always tough, not only on the baseball side, but on the personal side," Indians President Chris Antonetti said. "We had a chance to see Corey grow into one of the best pitchers in the American League. And he not only made a huge impact on our on-field success, but also had a great impact on a lot of players and teammates that he helped develop and also in our community. The work that he and his wife Amanda did in the time that they were in Cleveland impacted a lot of lives within the Cleveland Indians organization and within the broader Cleveland community."

Clase posted a 2.31 ERA in 21 appearances for the Rangers last season. He had 21 strikeouts and allowed just six earned runs in 23⅓ innings.

The 21-year-old relies on two pitches — a cutter (fastball) and a slider. His fastball routinely hits 99, but has topped out at 102 mph.

"We feel this trade really helps our Major League team and we’re getting two guys that will contribute immediately and help us be a better team in 2020," Antonetti said.

Clase is certainly the center piece of this deal for the Tribe. He brings an element to the bullpen that the Indians lacked last season — a hard throwing right-hander that can take some pressure off of closer Brad Hand.

The Indians designated Mike Freeman for assignment to make room for DeShields and Clase on the 40-man roster.

We have acquired RHP Emmanuel Clase and OF Delino DeShields from the Texas Rangers in exchange for RHP Corey Kluber. pic.twitter.com/5AtM5WgbB0