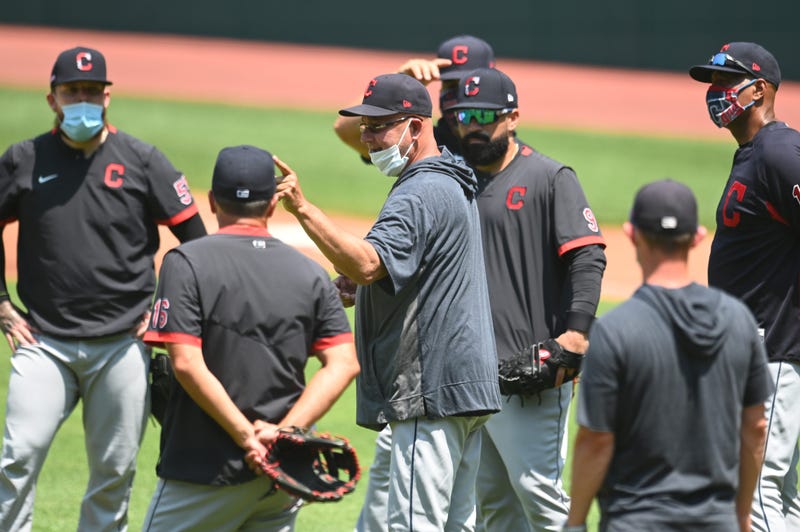 "No. Nothing to report."

However, Francona told reporters his assessment was based on not letting information get released before it is processed and understood by the team first.

"We kind of are limited to where we have to, kind of, just say, 'Until we have something, we don't'." said Tito.

No Indians players within the Progressive Field or Lake County training bubbles have been reported positive for COVID-19, though the team back in late June confirmed multiple players had positive cases for the virus. However, those cases were said to have been isolated between the respective players.

For now, the Tribe players are focused on redeveloping their skills for the season, including pitcher Mike Clevinger, who was expected to pitch three innings in the team's intersquad game on Friday, according to Francona.

"Depends on the intensity of the innings, but I think it's three," said the Tribe skipper.

"In that third inning, to me, [Bieber] looked a little bit like he was feeling [the heat], and...to have a guy work through it like he did, that's good," said Francona, "But you also don't want to just have a guy sucking air where he doesn't bounce back in his next start. But Biebs...I mean, I watched him out there this morning. He was bouncing around pretty good."

Francona added, "I don't think you're ever gonna hear someone say it was hot...that's an excuse, but...it was hot! And these guys haven't been doing this for a while, so I think he was feeling it."

Figuring Out the Outfield

Francona will also be focused on shaping the Indians' outfield for the upcoming year. Many outfielders have been training for starting spots - except for Delino DeShields, who has not yet joined the team since testing positive for COVID-19, as revealed last week.

There has currently been no word on if DeShields has been cleared for active training.

As for the rest of the team, Francona says he isn't sure if you can totally evaluate the core of potential left, right, and center fielders during this abbrieviated summer camp.

"The brutally honest answer is, I don't know if you can make a great assessment...a great evaluation, or a fair evaluation, in two weeks, under the circumstances we're playing.

"It's about impossible to be fair to everybody...some of it will be configuration of the team."

Making the Most of It

Amidst the pandemic, a rush to get the shortened season started, and the constant concern of player and personnel safety, Francona still says it's how the team addresses their surroundings that will make the difference in the long run.

"At every moment of the day, you can choose to either roll your eyes, or engage in what you're doing and have some fun. And I hope like crazy we choose number two, because that will certainly make our chances of winning better, and an atmosphere more conducive to winning."