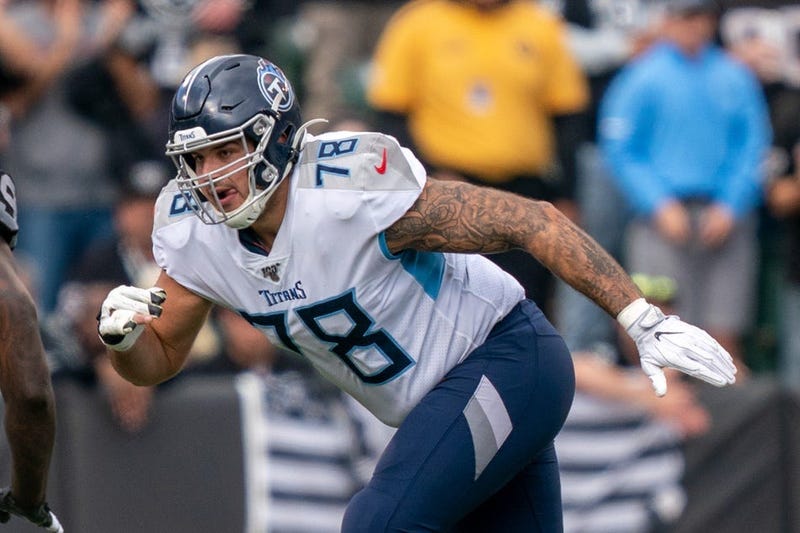 Sure, getting a three-year, $42 million deal to leave Tennessee was the clincher but the Browns had everything he was looking for.

“You look at the roster, and it looks fantastic,” Conklin said Tuesday afternoon on a conference call with Cleveland reporters. “It is the NFL. You have great guys on every team. I believe this team has a roster that is up there with the best. It was an easy choice.”

“It is going to be a whole lot of fun,” Conklin said.

While having Mayfield partially influenced his decision, the new blocking scheme took precedent.

“It did play a small piece. For me, I was more looking at scheme,” Conklin said. “It is a lot easier to move to a scheme that I am used to and that I know works so that was a huge thing. I am a big fan of Baker. That definitely was an easy choice for me. Having him back there, there was no question about what I think he can do and whether I want to be a part of an offense with him at the helm.”

Conklin was selected by Tennessee eighth overall in the 2016 NFL Draft and he was named first-team Associated Press All-Pro in as a rookie. He started 57 games at right tackle for the Titans where he didn’t miss a game during the 2016, 2017 and 2019 seasons. A torn ACL limited him to nine games during the 2018 season.

“I think having the injury has really helped me become a better pro,” Conklin said. “Before that, I was a kid coming from college. I didn’t understand the professionalism of all of the stretching and taking all of the smaller things as seriously as I probably should have before, but It is something I have learned to now.”

In Tennessee, Conklin blocked for Derrick Henry and this season he’ll get to block for Nick Chubb, whom Henry passed in Week 17 to win the 2019 rushing title.

“It is an exciting time to have Derrick back there and to have such a special back last year and to be able to switch teams and have a guy who is just as good and be able to have an opportunity to go win that record again next year,” Conklin said. “That is my goal. I want to help us get there and help Chubb reach that goal and win that next year. That is just one of the fun things I look forward to.

“It is ironic, but it is a very positive ironic.”

Whether Conklin will walk around wearing the new Rolex Henry gave him and the other Titan linemen remains to be seen.

In Tennessee, the Titans also won. They got to the AFC Championship game by taking out the Patriots and Ravens before falling to the eventual Super Bowl Champion Chiefs. The Browns hope Conklin can help bring some of that magic to Cleveland where the Browns own the longest playoff drought in the NFL at 17 years, and the meter is still rolling.

“I want to be a leader,” Conklin said. “I want to be a guy that guys can look to, especially like you said having a taste of that playoff experience.

“I hope to be able to show guys a little bit of what it takes, help keep guys up, be a positive guy and help guys learn as much as possible, as well as learn from them as much as I can.”

Conklin, who joins an offensive line that already includes two-time Pro Bowl guard Joel Bitonio and center JC Tretter, is looking forward to meeting his new teammates in the trenches.

“They sound like extremely great guys,” Conklin said. “I have watched them play just throughout the years of playing. They are great players. From what I can tell and from what I hear, they are two great leaders and they are great guys you want to build an offense around. I am excited to come in and be a part of that room, learn from them and be a part of what gets this offense going.”