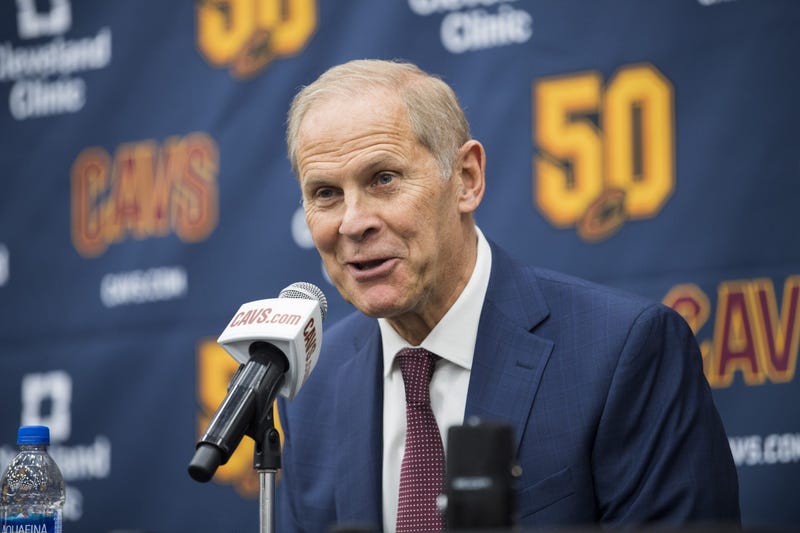 Head coach John Beilein knows his players are adjusting to his system. They aren’t alone, as the first-year Cavs coach is adjusting to life in the NBA.

“There’s a lot of similarities. There’s a lot of differences,” Beilein said comparing college and pro basketball. “It’s a little bit of a domino effect. I’m learning how the dominoes work much differently.”

The 65-year-old Beilein is used to watching and cutting all of the film his players watch. In college, there are a couple games each week, which gave him more time to prepare. That’s a luxury he won’t have in the NBA.

“It’s just so fast,” Beilein said. “You can only do what you can do. I’m really comfortable in it because sometimes you can overthink your opponent or overthink what you have to do.”

Beilein was noticeably upset after Tuesday’s preseason loss to the Celtics. The Cavs have dealt with injuries and young players like Darius Garland, Kevin Porter Jr. and Dylan Windler have all missed significant time – either in summer league or training camp – due to various injuries.

The team is grateful that the health issues occurred before the regular season began.

“It’s really allowed us to look at different things,” Beilein said. “How can we simplify some things?”

Beilein admits he has to put some of his perfection aside while he helps the rookies and young players like Collin Sexton and others develop. It’s going to take time for the young Cavaliers to get firing on all cylinders.

“Those two rookies (Garland and Porter) didn’t play a lot of college basketball either,” Beilein said. “They’re going more from high school to the pros. We can’t leave them behind. We got to keep teaching them.

“Delly’s probably been told what I’m telling Darius 1,000 times. He doesn’t need to hear it anymore – so that’s the balance that we have to continue to work through.”

Center Ante Zizic was diagnosed with plantar fasciitis and will miss the next four weeks. He’s missed the entire preseason with foot discomfort.

Windler is also expected to be out for a few more weeks as he continues to recover from a left leg injury. The rookie from Belmont had an impressive summer league and could be a big part of the Cavs’ rotation when he’s healthy.

Matthew Dellavedova left Tuesday’s game with a sprained thumb, but he isn’t expected to miss any games with the injury. There’s a real chance he’s starting next to Sexton in game one against the Magic.

Jordan Clarkson posted photos of himself with a bridal party in downtown Cleveland. How did it happen?

“Just being JC,” he said laughing. “I was on a bird [scooter> rolling around Cleveland, enjoying the weather. Somebody said ‘That’s Jordan Clarkson.’ I just jumped in the photo.”

Shout out @jordanclarksons for being apart of our wedding party!! #clevelandcavaliers @cavs --: @lisalmacphoto
A post shared by Benjamin Scott (@benjaminscott714) on Oct 15, 2019 at 1:10pm PDT

Clarkson said he rode his scooter all over downtown, Ohio City and even went by First Energy Stadium. The bridal party asked him to be in the photos.