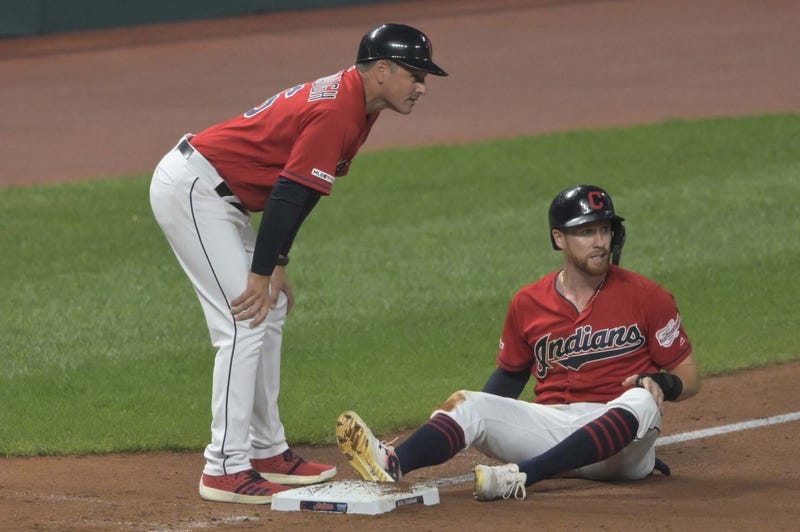 Luplow has become quite a force in the middle of the Indians’ lineup. He’s posted a .308 batting average with an .899 OPS since July 2. The Indians are 15-5 over that span.

“[He] had his MRI this morning and it showed he had some bleeding down there [hamstring],” manager Terry Francona said. “I don’t think it’s a terrible pull, but enough certainly to go on the IL.”

Greg Allen will take his spot on the roster, but it’s going to be hard to replace Luplow’s production at the plate, especially against lefties.

“He’s quietly been a force against left-handers and we’ll miss that,” Francona said. "Hopefully he’s not out very long.”

Luplow has a .305 batting average with 10 home runs and 21 RBI against left-handed pitchers this season.

“We’ve had guys here like [Ryan] Raburn along the way that have done similar stuff that really helps you, that maybe doesn’t catch the headlines, but when you put them in the lineup, they’ve got a really potent bat and it really helps,” Francona said.

Allen is certainly capable of replacing him in left field and on the base paths, but he doesn’t have the same power at the plate and isn’t a weapon against left-handed pitching. He has a .185/.241/.222 slash line against lefties this season.

Allen is coming off of his best month of the season. He posted a .313/.389/.458 slash line in July with one home run and seven RBI. He was sent to Triple-A Columbus last week to make room for Yasiel Puig and Franmil Reyes. Allen is a great defender and can win with his athleticism, but no one should expect him to replace Luplow’s production, especially against left-handed pitching.

Staying Patient with the Big Fella

Reyes has only played five games with the Indians, but his struggles at the plate have stood out. He has two hits in 19 at-bats with eight strikeouts.

“Like a lot of guys that change teams for the first time, he’s trying to hit it a mile instead of just 340 feet,” Francona said. “He’s just trying to do too much. I thought his last couple of at-bats [Monday night] were much better.”

Reyes was calm, cool and collected in the clubhouse prior to Tuesday’s game. He’s happy to be in Cleveland. He wants to be here. The Indians know it could take some time for him to settle in and be the player who hit 27 home runs for the Padres.

“The only thing we can do is be patient,” Francona said. “He’s going to reward us for that patience. “[The] last thing we’re ever going to do is run away from him.”

Reyes has a single and a double, but hasn’t hit a home run since joining the Indians. He’s 6’5” tall and 275 pounds. He’s going to hit the ball far. No one questions his talent.

“When it comes, it’s going to be fun to watch,” Francona said. “With big guys like that, that kind of power, there’s going to be swing-and-miss anyway. He’s just pressing a little bit. I though his late couple of at-bats, though, he really got competitive and threw up some pretty good at-bats.”

The Indians hope he can figure it out sooner than later, but they know Reyes will be a big part of their team for the remainder of 2019 and beyond.