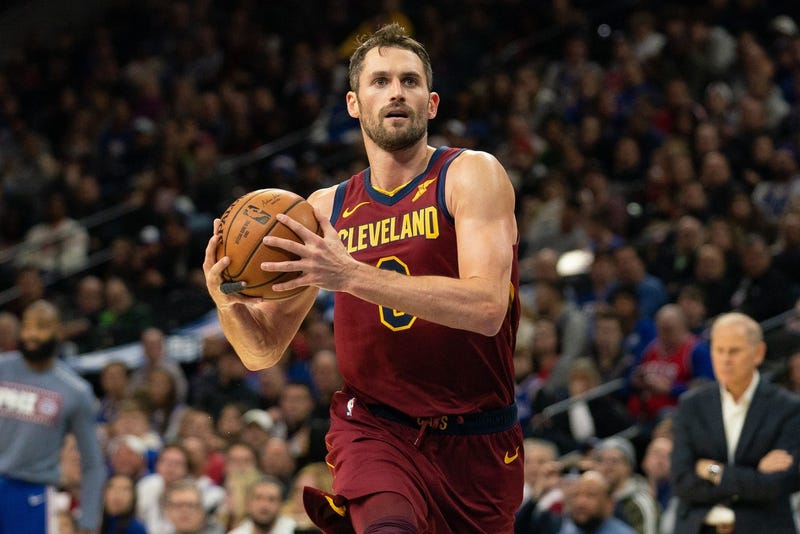 December 9, 2019 12/09/2019 6:32 pm
CLEVELAND, OH – Kevin Love wants the Cavaliers to trade him to a contender according to Shams Charania of The Athletic.
“Cavaliers forward Kevin Love prefers a move to a contending team,” Charania wrote.

Love, 31, is averaging 16.1 points and 10.5 rebounds per game this season. He’s still playing at an All-Star level. It doesn’t take a rocket scientist to see that his timeline doesn’t match the Cavaliers’ rebuild.

General manager Koby Altman has to remain patient if he’s going to trade Love before February’s deadline. Altman has gotten inquiries on Love in the past, but no team has been willing to meet his demands.

The return in a potential trade is vital to the Cavaliers' rebuild. Love is under contract through the 2022-2023 season. He's in year one of a 4-year, $120 million contract extension.

The Celtics, Heat, Trail Blazers, Nuggets and Mavericks are just five of the many teams that could have interest in trading for Love.

If Altman plays his cards right, he’ll be able to flip Love for future assets and players that will help the Cavaliers in the long-term. Cleveland is ready to listen to offers for the 5-time All-Star.