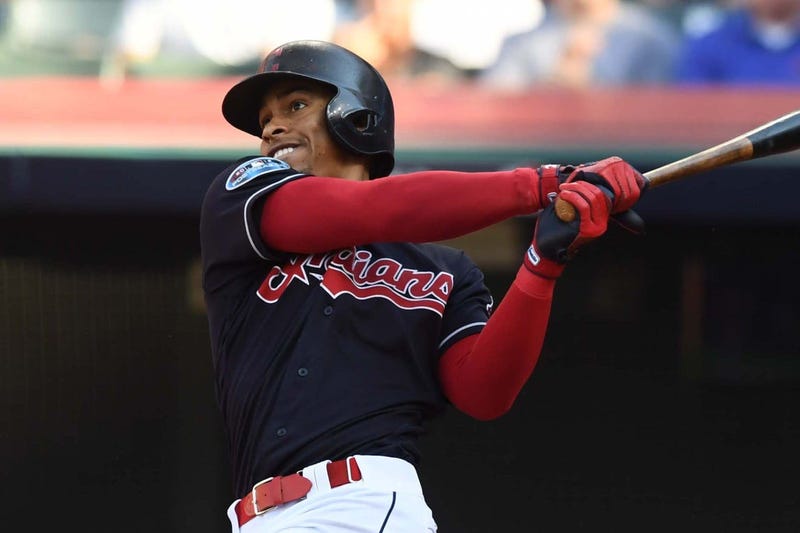 Does the richest contract in American sports history impact Lindor's future with the Indians? Most would say yes and make a sarcastic comment about how 'Frankie is as good as gone.' Every deal involving a shortstop impacts the market and this one shows what a top player can get in free agency.

We knew Machado was going to get $25-30 million per season, didn't we? Instead of thinking about how Lindor is going to leave in a few years, let's look at this situation rationally.

Machado, 26, is a four-time All-Star who has shown ability to play both shortstop and third base. He's hit at least 33 home runs in four-straight seasons. Machado was the best free agent available this offseason. He posted a career-high .905 OPS in 2018, finishing with a .297/.367/.538 slash line.

Lindor is a great baseball player, who will be 28-years-old by the time he hits free agency. He's on pace to do a lot of the things Machado has done. Lindor's a three-time All-Star and has played in at least 158 games in each of the last three seasons. He’s been a great defensive shortstop and hit at least 33 home runs in each of the last two years. He posted a .277/.352/.519 slash line in 2018. His OPS was .871 last season, which was a career-high.

Here’s #Indians star shortstop Francisco Lindor on the possibility of signing a long term deal with the Tribe pic.twitter.com/MmvHKHpBHH

Lindor will be two-years older than Machado was when he hits free agency. He's going to get paid a lot of money, but there's a long way to go before he’s offered a greater contract. Lindor has to continue to stay healthy. He needs to show the power numbers are here to stay. Machado posted a higher average, on-base percentage and played both shortstop and third base at a high-level. Lindor is a great player, but age, versatility, power and consistency are all a factor when comparing his potential deal in 2021 to the one Machado is getting.

There's no reason for Lindor to sign an extension with the Indians now, unless it's the same offer Machado agreed to. The front office shouldn't want to do a deal like that, knowing he's under team control through 2021.

The Indians have a great player for the next three seasons. It's natural to worry about his future. If he continues to play at a high-level, then he will get a contract similar to Machado's.

The Padres aren't a big market team. San Diego's payroll is always around or below $100 million per season. They were able to sign Machado to a $300 million contract. Maybe Cleveland will be in a similar situation. The Indians only have $12 million on the books for 2022. Jose Ramirez and Roberto Perez have club options that would raise payroll to $30 million. That would be the first year of Lindor's new contract.

There's a path to Lindor staying in Cleveland past 2021, but there are also plenty of things he needs to do to earn the contract Machado received on Tuesday. Playing great between now and then not only helps him earn a new contract, it helps the Indians win games.

Do you give the #Indians a realistic shot at keeping Francisco Lindor long-term? Note: He’s set to be a free agent after the 2021 season.