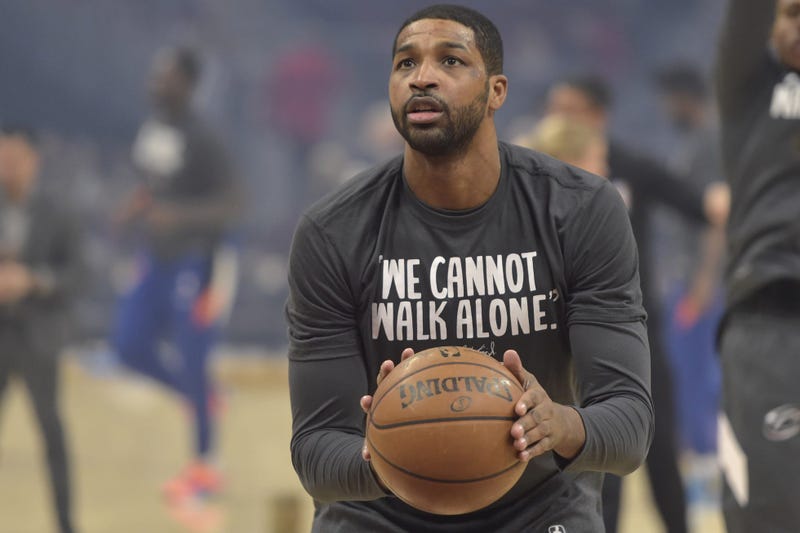 There are multiple NBA teams holding out hope that Thompson could reconsider his stance on a buyout before the March 1 deadline, league sources tell 92.3 The Fan.

Contenders in need of frontcourt help are expected to reach out to Thompson during the All-Star break in hopes of convincing him to change his mind about taking a buyout from the Cavs.

The 28-year-old has drawn interest from the Celtics, Clippers and Rockets, but his $18.5 million salary made it hard for contending teams to trade for him prior to the deadline.

Thompson has a home in Los Angeles, which could give the Clippers an edge over the other contenders looking to bolster their frontcourt.

Thompson’s agent Rich Paul has put the veteran center in an interesting position going into the offseason. Thompson could be in line for another big payday, assuming he doesn't take a buyout. Staying with the Cavaliers until the end of the season gives Thompson a chance to use his Bird rights in a sign-and-trade to land a bigger contract on the open market.

A team would be able to trade for Thompson and absorb his new deal, even if they go over the cap when adding him to their roster. There aren’t many teams with cap space going into this summer, which makes Thompson sticking with the Cavs for the remainder of the season even more likely.

This scenario could also benefit the Cavaliers’ rebuild, as they could add future assets in a sign-and-trade, which means Thompson would have to make a buyout worthwhile for Cleveland.

Thompson is averaging 11.8 points and 10.3 rebounds per game this season. He’s in the final year of the 5-year, $82 million contract that he signed with the Cavaliers in 2015.