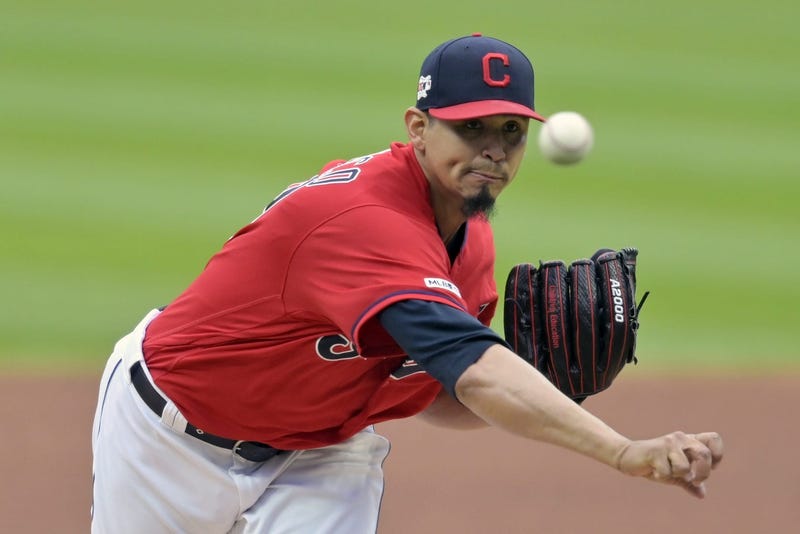 Anderson allowed one run and four hits in 5⅓ innings. He kept Cleveland off balance all night long, before leaving the game with a neck injury. He was diagnosed with a cervical strain.

Indians starter Carlos Carrasco allowed three runs and seven hits in five innings. The veteran threw 100 pitches, including 55 in the first two innings, which prevented him from staying in the game.

Outfielder Oscar Mercado continues to be a bright spot for the Indians. He hit a two-out RBI single in the fifth inning to get the Indians on the board. The 24-year-old has a hit in three straight games.

Oscar Mercado comes through again to get the good guys on the board!Catch @Indians baseball on STO & FOX Sports GO: https://t.co/Nt6WIhR2MG pic.twitter.com/haEiFMtEHG

Roberto Perez hit a solo home run in the seventh inning. It was his sixth homer of the season. He's tied for second on the team with Leonys Martin and Francisco Lindor. Carlos Santana leads the Indians with seven home runs.

The Indians trailed by as many as three runs. They chipped away and had a chance to take the lead in the eighth. Carlos Gonzalez grounded out with the bases loaded to end the inning. Matt Chapman's two-run homer in the ninth gave Oakland a 6-3 lead. The Athletics have won four-straight games.

Signs of Life – José Ramírez finished 2-for-4 with one RBI and a run scored. The two-time All-Star has struggle at the plate all season long. He hit a double down the left field line in the fifth inning that was vintage Ramírez. He's done this before, but was unable to maintain it. Consistency has definitely been an issue for Ramírez this season.
Up Next – Trevor Bauer looks to rebound in game two on Tuesday. He enters with a 3.76 ERA and a 4-2 record on the year. Chris Bassitt will be on the mound for Oakland. He has a 1.93 ERA and is 2-1 on the season.