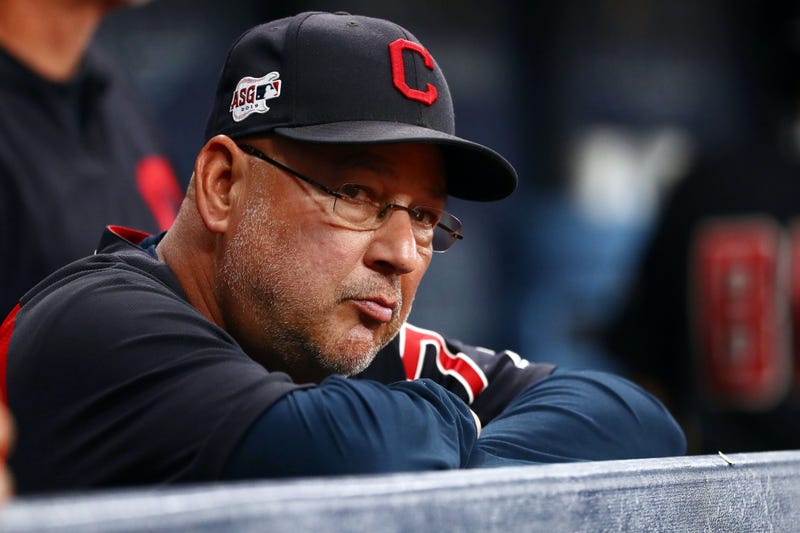 September 1, 2019 09/01/2019 1:10 pm
CLEVELAND, OH – How much is too much for the Indians?
Tyler Naquin suffered a torn ACL on Friday night. The 28-year-old became an anchor in the back end of the Indians’ lineup. He’s as sure-handed as any outfielder on the team. His catch on Friday night was spectacular. The fact that he held on after suffering a torn ACL and running full-speed into the wall makes it even more impressive.

Not sure what happened to Naquin but he's being carted off and it looks very very bad. Maybe broke his patella? pic.twitter.com/k28twGfoNT

This is just another injury that leaves the Tribe shorthanded in their quest for a fourth straight American League Central title.

The Indians have faced adversity all season long – how much is too much to overcome?

First, it was an offseason full of moves that included slashing the payroll. The players on the roster remained confident.

“I believe in my team,” Roberto Perez said in January. “Our strength is the pitching. We’re going to be the underdogs and I think we all know that, but we’re ready to take the challenge.”

The injury bug bit the Indians before the spring training began. Francisco Lindor suffered a strained calf while working out in the offseason. He missed all of spring training due to the injury and suffered a sprained ankle while making a rehab start. Instead of having their best player on Opening Day, the Indians had Eric Stamets at shortstop and Brad Miller at second base. The injury issues didn’t end there, in fact, they got worse.

Mike Clevinger dazzled in his first start of the year and didn’t allow a run in his first 12 innings. Unfortunately for ‘Sunshine,’ he suffered a Teres major muscle strain in his second start, which sidelined him for more than two months.

Staff ace Corey Kluber was hit by a line drive against Miami on May 1. He suffered a broken ulna bone in his right forearm, which put the rest of his season in doubt. Kluber didn’t look like his normal self at the start of the season, posting a 5.80 ERA in seven starts, but it was another blow to the Indians’ best position group.

Later that month, Carlos Carrasco was diagnosed with leukemia, which put baseball in perspective as the team hovered around .500, but it also meant another member of the rotation was placed on the injured list.

The Indians found themselves 11½ games behind the Twins in the AL Central. The team that had won the division three years in a row was on the ropes a month before the All-Star break.

The Indians were resilient. Young players like Zach Plesac and Oscar Mercado emerged to help the Tribe make a run.

Two-time All-Star José Ramírez was awful for the first two and a half months of 2019, but eventually turned things around and began contributing like he had in years past.

Trade deadline magic from Chris Antonetti and Mike Chernoff gave the team and fans renewed hope that this season could be a special one. Adding a star like Yasiel Puig and a young, power bat in Franmil Reyes is exactly what was missing in the lineup.

Kluber made progress everyday, garnering praise from his teammates and coaches. He was determined to return to the rotation this season.

The Indians erased the Twins’ 11½ game lead in the AL Central and looked like they were hitting their stride, surging into the final six weeks of the season.

Just when everything seemed to be trending upward, the injury bug came back and bit the Indians again – and again.

First, it was Kluber, who exited his last rehab start after just one inning due to an internal oblique strain. That could’ve been his final rehab start, but he was shut down for 10 days instead, which is the latest blow to his chances of returning to the mound this season.

Ramírez was carrying the Indians’ offense at times. He was fitting in well with Puig and Reyes and looked like an MVP candidate once again. His success and season likely came to an end on August 24 when he suffered a broken hamate bone in his right hand. He had surgery and will be sidelined for 5-to-7 weeks.

Things took a turn for the worst. The Indians were right where they wanted to be – and then suddenly, they weren’t anywhere close to their destination.

This team has fought all season long. They overcame a bunch of injuries, Ramírez’s struggles and adversity. Will that continue following the latest blow to their lineup?

Naquin posted a .288 batting average with 10 home runs and 34 RBI this season. He was hitting .341 with a .413 on-base percentage in his last 17 games. He was a big part of what the Indians did, both offensively and defensively.

Naquin was second in the American League with 11 assists. His rocket arm kept plenty of runs from scoring, which is extremely valuable – especially in October.

The Indians can’t continue to overcome injuries. At some point it’s too much, regardless of who’s managing the team. Terry Francona is a big reason why they’ve stayed afloat this season. He can only do so much.

Carlos Carrasco will join the active roster Sunday, which will give the bullpen a boost. This team will continue to take it one game at a time, which is what they’ve done all season. No one can knock them if they don’t succeed. Not many teams would’ve made it this far relying on rookies to perform in big moments.

No one should count the Indians out. They still have a dynamic lineup, an elite closer and two aces in Shane Bieber and Clevinger, who are capable of guiding them deep into October.

The hill is much steeper than it was a few weeks ago. The Indians are attempting to make another climb, in hopes of making another October run.