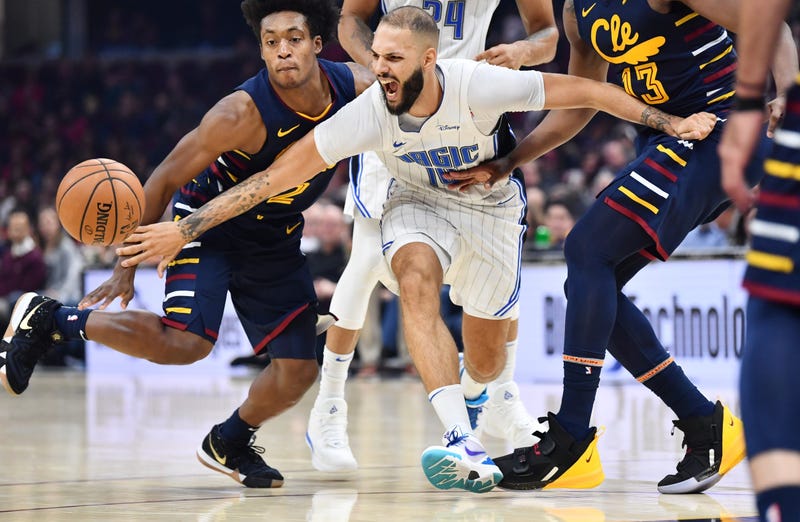 Cleveland had one field goal in the final 2:19. Orlando scored seven of the last nine points to secure the victory. Terrence Ross had 21 points off the bench for the Magic, including four 3-pointers.

Orlando improves to 3-0 against Cleveland this season. The Cavs fall to 5-16 on the year. They’ve lost five straight and 11 of their last 12 games.

The Cavaliers are open to trading Kevin Love according to ESPN’s Adrian Wojnarowski. The 5-time All-Star didn’t play on Friday night due to illness.
Love, 31, is under contract through the 2022-2023 season. He’s averaging 16.7 points and 10.7 rebounds per game this season.

Dylan Windler continues to make progress as he battles back from a stress reaction in his left leg. The Cavs’ rookie played for the Canton Charge on Thursday night. It was his first game since the NBA Summer League. He finished with eight points and four rebounds in 17 minutes.

“I really liked some of the things he did,” head coach John Beilein said. “He got caught with a couple walks, but if you just watch him – he may be one of the best cutters that you’ll ever see. The game is easier for him. He doesn’t have to think a lot. He’s instinctually in the right spots.”

Windler is expected to continue playing with the Charge for another week or two before rejoining the Cavaliers.

The Cavaliers have a quick turnaround. They fly to Philadelphia for Saturday night's game against the 76ers. Tip-off is at 7:30 p.m.