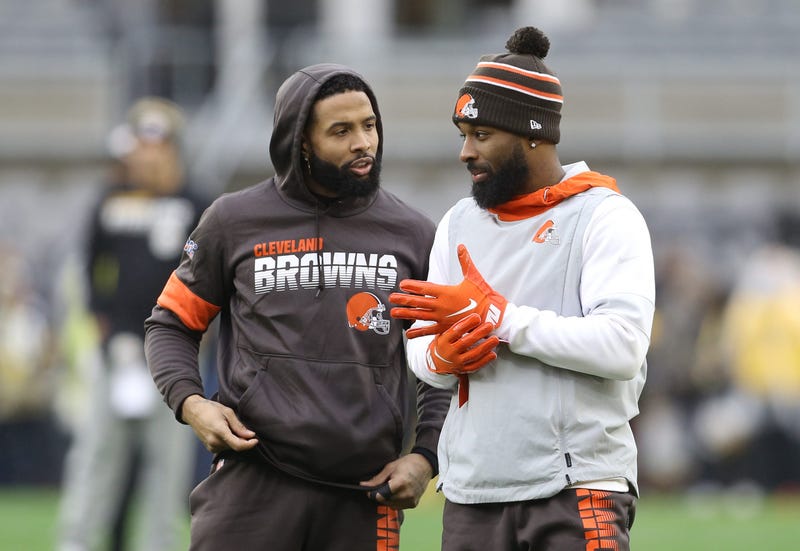 On Friday evening, Browns head coach Freddie Kitchens was spotted wearing a “Pittsburgh started it” shirt while out and about town.

It earned him victory laps from Browns fans but caught the attention of the Steelers.

“I thought it was pretty stupid,” Steelers offensive lineman David DeCastro said. “That's a lot of bulletin board material. I don't know why you do that as a coach. I just don't get that. Of course it's going to motivate us. What are you thinking? It's just not smart.”

The t-shirt, printed by the local entrepreneurs at GV Art and Design, became a local hit following the Nov. 14 win that was marred by an end of game brawl that resulted in $1.3 million in combined fines and Myles Garrett indefinitely suspended.

“I wore a t-shirt. I wore a jacket with it. My daughters wanted me to wear the shirt and I’d wear it again,” Kitchens said. “I put a jacket on. I covered it up. I took a picture with a fan. That was as simple as that.

Sunday morning the Steelers wore their own responses while walking into Heinz Field.

Some players wore “Free Pouncey” threads, while backup cornerback Cameron Sutton wore an older white sweatshirt depicting a Steelers player relieving himself on a Browns player laying on the ground with “Pittsburgh” and Cleveland” text below each player.

Browns receiver Jarvis Landry wore a black “revenge” shirt as he walked into the stadium.

Browns defensive tackle Sheldon Richardson referred to the whole situation as “petty” when asked after the game about the controversy.

Quarterback Baker Mayfield shrugged it off.

“I don’t really have a comment on that,” Mayfield said. “It’s just a t-shirt. I’ve done much worse.”

Pouncey served the second game of a reduced two-game ban for punching and kicking Myles Garrett in the head after Garrett ripped quarterback Mason Rudolph’s helmet off in the closing seconds and hit Rudolph in the head with it after the Steelers QB charged at him. Garrett was suspended indefinitely.

Following the brawl, and Cleveland’s 21-7 win that ended an eight-game winless streak against Pittsburgh, 33 players were fined and over $1.3 million in fines handed out by the league office.

Kitchens wore a coat and a tie into Heinz Field and left with his seventh loss, and second to a backup quarterback, this season.