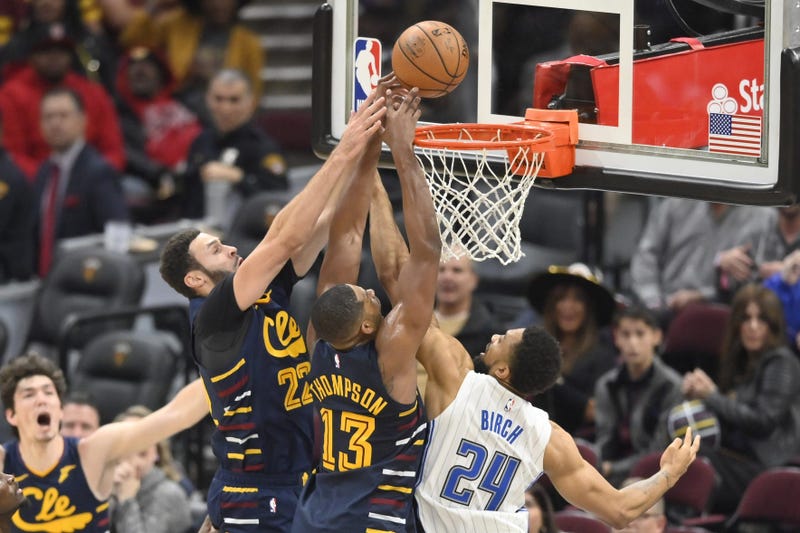 The young Cavs have shown potential, especially at the start of the season, but they’ve hit a lull in recent weeks.

“These past couple days of practice have been trying to rebuild and it starts with the defensive end first,” Larry Nance Jr. said at Friday’s shootaround. “The biggest thing just has to be effort. There’s no reason to not play hard.”

The Cavaliers have lost 10 of their last 11 games. They were blown out by Detroit on Tuesday at Rocket Mortgage Fieldhouse. They have a tough test on Friday night against a Magic team that has already beat them twice this season.

“They took the fight to us,” Nance said. “We really got to come out aggressive.”

Nance admitted this team is still searching for an identity. A rough stretch will do that for a team, especially one filled with youngsters and a first-year head coach.

The Cavaliers are hoping rookies like Darius Garland and Kevin Porter Jr. grow throughout the season.

Garland is shooting the ball well over the past six games. He’s averaging 14.5 points per game on 46 percent shooting, which is a sign that things are slowing down for the 19-year-old rookie.

“Just his overall floor presence [has grown>,” Nance said. “His shot has really come along. He’s starting to get more aggressive.

“He got drafted as a shooter. We’ve seen him rip the nets off of these rims.”

Garland made 10-straight 3-pointers off the dribble during Friday’s shootaround. Both Collin Sexton, Brandon Knight and Garland were working on their jump shot from multiple different spots on the court.

Here’s Collin Sexton (left) and Darius Garland (right) working on their 3-point shot today on the far side of the court at #Cavs shootaround. pic.twitter.com/8eg1UKC3uM

The Cavaliers will stress the importance of defense, but they have one of their worst offenses in the league. They’re averaging 104.2 points per game, which is 28th in the NBA.

Kevin Love has only scored 20 points once since Nov. 15. He did miss three games due to a back injury during that span. This team needs Love to play like a star if they’re going to be competitive on a nightly basis. He’s averaging 13 points and 7.2 rebounds per game in his last six contests. Love averaged 18.7 points and 12.6 rebounds in his first 11 games this season.

Dylan Windler continues to make progress as he battles back from a stress reaction in his left leg. The Cavs’ rookie played for the Canton Charge on Thursday night. It was his first game since the NBA Summer League. He finished with eight points and four rebounds in 17 minutes.

Windler is expected to continue playing with the Charge for another week or two before rejoining the Cavaliers.