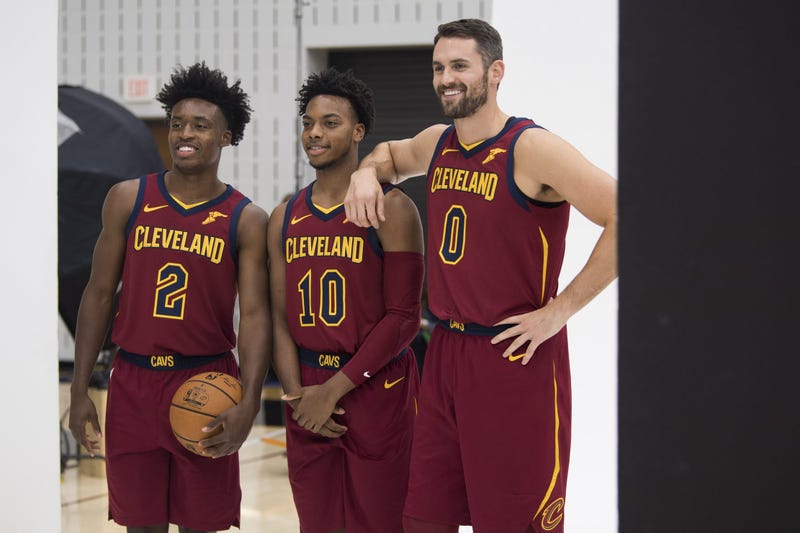 October 21, 2019 10/21/2019 10:37 pm
CLEVELAND, OH – The Cavaliers enter this season with low expectations. Their roster is a mix of young players, veterans and a star that spent most of last season on the sidelines. The Cavs have a first-year head coach in John Beilein. The 66-year-old is going to have his fair share of growing pains as he adjusts to life in the NBA.

The Cavs start the season on Wednesday in Orlando. Opening Night is on Saturday against Indiana at Rocket Mortgage Fieldhouse.

Here are three bold predictions for the Cavaliers this season:

There were plenty of moans and groans when the Cavs selected Garland with the fifth overall pick in June’s NBA Draft. Some are worried about his size and lack of experience, while others wonder how he's going to fit with the rest of the roster?

The 19-year-old will have his ‘welcome to the NBA’ moments, but that won’t stop him from being one of the top rookies this season. He’s arguably the Cavaliers’ best shooter and his teammates rave about his feel for the game.

Some question his fit with Collin Sexton, but it’s a non-factor when it comes to Garland’s potential. He has natural passing ability and instincts that compliment Sexton’s game, which means the duo should work well together – at least on offense.

Garland has as much potential as any guard in this rookie class. His injuries are concerning, but his shooting, playmaking and passing ability should put him in position to be one of the top rookies this season.

Love has made it clear that he’s happy with the Cavaliers even though they’re rebuilding. General manager Koby Altman isn’t going to give the five-time All-Star away in a trade just to shed his salary, despite the rumblings in the media about a potential move.

This is more about the rest of the NBA than it is the Cavaliers. There will be an organization that thinks it’s one piece away from making a deep playoff run. Portland, Indiana, Boston, Miami and Houston are all teams that could be interested in Love.

If Altman gets the right offer that includes a mix of young pieces and a potential future star, he’ll have to make that move. The Celtics would likely offer a package built around Gordon Hayward.

Pat Riley and the Heat are always in win-now mode. Daryl Morey won’t hesitate to make a splash in Houston if he thinks Love is the missing piece for the Rockets.

The Cavaliers aren’t shopping Love, but they’ll certainly listen to offers. The Trail Blazers, Pacers or another team will come calling with a proposal that Altman and the Cavs can’t refuse.

The Cavaliers will re-sign one of their veterans

Jordan Clarkson, Tristan Thompson, John Henson, Matthew Dellavedova and Brandon Knight are in the final year of their contracts. The Cavaliers will look to trade their contracts to a contender, in hopes of adding future draft picks.

One of these vets will end up sticking around past the deadline and ultimately sign a long-term deal with the organization. Dellavedova is the safe bet. He’s a perfect role player that can help Sexton and Garland’s development. He’s a fan favorite and shouldn’t cost much to retain in the offseason. There’s a chance he starts on opening night in Orlando, which speaks to his leadership and what Beilein thinks of him.

Thompson could also end up sticking in Cleveland. He’s been with the Cavaliers his entire career. It’s more of a long shot than Dellavedova, but it shouldn't be ruled out. Most of the veterans will be dealt prior to the deadline for future assets.

Improved Defense – Everyone’s worried about Sexton’s assist numbers, but his defensive shortcomings are far more concerning, especially if he’s sharing a backcourt with Garland. Sexton was a big reason why the Cavaliers were the worst defensive team in the league last season. It’s hard to imagine the 20-year-old becoming a great defender at any point in his career, but it’s safe to expect him to be much improved from a season ago. Sexton made it a point to watch film and get stronger in the offseason to improve on that end of the court.
Bounce Back – The Cavs traded for Knight in the middle of last season. The former lottery pick has dealt with injuries for most of his career. He hasn’t played in more than 54 games since the 2016-2017 season. Knight had a healthy offseason for the first time in years, which should translate to success on the court. The 27-year-old should shoot 38 percent or better from 3-point range and be a weapon for Beilein and the Cavs. If he can stay healthy, there should be a team or two interested in his services for a stretch run. Knight may not end the season in Cleveland, but he’ll play well enough to help the Cavs in the short-term and acquire a draft pick in the process.
Rookies Emerge – By the end of the season, rookies Dylan Windler and Kevin Porter Jr. will get more minutes than Cedi Osman. Windler is a better shooter and should fit right in with the Cavs off the bench when he returns to the court. Porter Jr. has flashed his potential in the preseason and he should continue to grow into his role as the year progresses. Osman is a serviceable player, but he’s not as talented as either rookie. Don’t be surprised if they surpass him in the rotation by the end of the season. Osman is a restricted free agent at the end of the year and while the Cavs will have plenty of cap space to retain him, they may not want to after seeing Porter Jr. and Windler emerge this season.
Growing Pains – The Cavs won’t be good this season, but they will be interesting. Garland, Sexton, Porter Jr. and Windler will give fans a glimpse of the future. With that said, it’s hard to envision them winning many more games than they did last year. They’re already dealing with injuries, as Ante Zizic, Henson and Windler are going to miss the start of the regular season. Beilein is a great coach, but it’s going to take him some time to adjust to life in the NBA.

This team will have some highs, but the interest will stem from the young players and their development. Combine that with the veterans that will be on the move at the deadline and there will be storylines all season long. Unfortunately, storylines won’t result in wins. This team is at least a year away from reaching the 30-win mark.