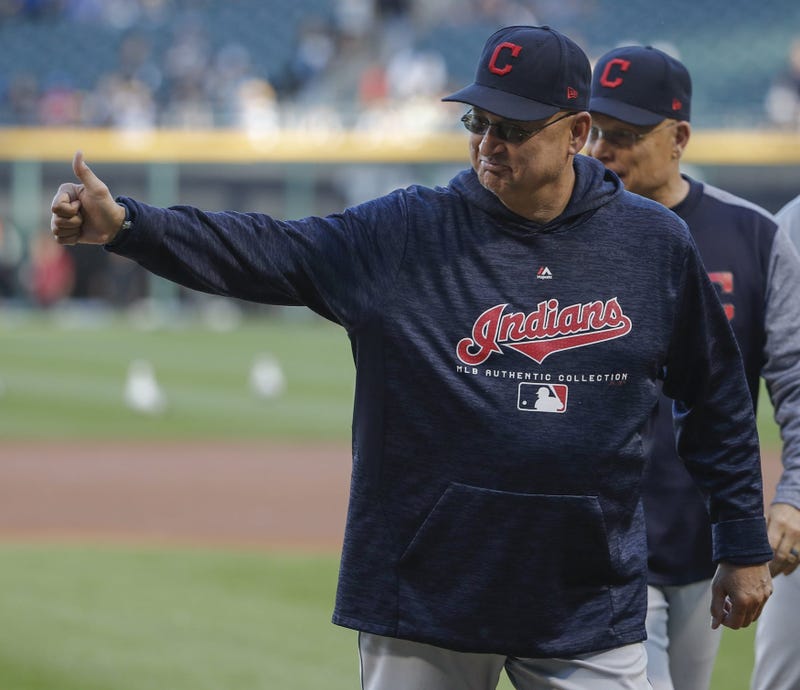 There’s always excitement with the start of a new season, but there is plenty of pessimism surrounding the Indians going into a new year. Fans are frustrated with the lack of offseason spending and are worried about injuries. The hope of making a postseason run just isn’t there. A lot of the criticism is fair, but a new season is upon us.

Players like Francisco Lindor and Jason Kipnis aren’t expected to be out long. Jose Ramirez suffered a knee contusion on Sunday, but didn’t break anything, which is great news for the Indians. Let’s take a step back from all of the negativity surrounding the Tribe.

Here are three reasons to be excited about Cleveland Indians baseball in 2019:

The Best Starting Rotation in Baseball – There’s a reason why you’ve heard this one before – because it’s true. The Indians have three legitimate candidates to win the Cy Young Award.

Corey Kluber will be 33-years-old on April 10, but there are teams all around the league who would love to have him as their ace. He’s calm, cool, collected and should have another big season. The Indians don’t want him pitching nearly the amount of innings he did last season (215), in hopes of keeping him fresh for the postseason.

Trevor Bauer is a star, who’s poised for the best season of his career. He started six games this spring, finishing with 32 strikeouts and four walks in 28 innings pitched. He will be second in the rotation, sandwiched in-between Kluber and Carlos Carrasco. Bauer wants to show the world that he’s not only the best starting pitcher on the Indians, but the best arm in baseball.

Carrasco would be an ace on some teams. In Cleveland, he’s getting the ball in the third game of the year. The 32-year-old signed a contract extension this offseason. He’s almost the forgotten man wedged between two stars and two up and coming youngsters. Carrasco is a lock for 180 innings and 200 strikeouts as long as he’s healthy.

Mike Clevinger and Shane Bieber are arguably the most exciting part of this rotation. They’re part of the present and the future. Clevinger is hoping to build on the best season of his career. He posted a 3.02 ERA last season, finishing with 207 strikeouts in 200 innings pitched. Clevinger might be the best fourth-starter in Major League Baseball. There’s no reason why he won’t be better than he was a year ago.

Bieber is the question mark of the rotation, but that isn’t a knock. The 23-year-old has ‘wowed’ the Indians with his skillset. He started 19 games for the Tribe last season, posting an 11-5 record and a 4.55 ERA.

Everyone in the organization thinks he’s destined for a big year. He had a great spring, posting a 1.42 ERA in 19 innings. If Bieber takes the next step, it could give the organization a real shot at making a playoff run. Some will laugh at that, but this rotation has a chance to be special. Starting pitching is the most important thing in playoff baseball.

If the Indians reach the postseason again, then this staff is the key to making a run. Kluber, Bauer, Carrasco, Clevinger and Bieber need to perform. That didn’t happen last season against Houston.

This team can make a deep playoff run this season, even with all of the change, offseason moves, a weaker lineup and new faces, but it needs its’ starting rotation to stay healthy and dominate.

New Faces – Moving on from veterans like Michael Brantley, Andrew Miller, Yan Gomes and Edwin Encarnacion can be tough, but it also means new stars will emerge. Some of the young guys on the Indians’ roster are going to have breakout campaigns.

Jake Bauers, Jordan Luplow and Greg Allen are all players to watch. Not every young player is going to be successful, but fans are going to find new favorites to root for. It happens all the time, especially in baseball. Maybe this is the season Tyler Naquin delivers on his potential. Bradley Zimmer could get into the mix and do more than everyone expects.

There are players on this roster that are going to exceed expectations. It could end up being a veteran like Hanley Ramirez or Carlos Gonzalez. Some of the new faces on this team are going to contribute in a big way. It’s going to be exciting to see who exceeds expectations and becomes a fan favorite.

Willingness to Wheel and Deal – Say what you want about the Indians’ budget limitations, but they’re willing to make trades. They were reportedly listening to offers for Kluber and Bauer as recent as last week.
This team has made moves – from trading Gomes and Encarnaction, to calling the Nationals at the deadline last season about Bryce Harper. They acquired Andrew Miller, Brad Hand, Jay Bruce, Leonys Martin, Josh Donaldson and others in recent seasons.

The team you watch on Thursday won’t be the team that’s playing in a must-win game in September. This organization is willing to make trades if they think it can help them win. That could mean trading Bauer or Kluber at the deadline if they feel Danny Salazar can be a solid fifth starter. Can you imagine the type of haul they could get from a desperate contender? The Indians would obviously have to get Major League-ready talent in return to help them in the playoffs, assuming the season goes like most expect.

This front office has made a lot of deals over the past three seasons. It’s resulted in three American League Central Division Championships and an American League pennant. Not every trade worked out, but they’re always talking to teams and leaving no stone unturned when it comes to making the Indians better.

Cleveland isn’t entering the season with as much talent as New York, Boston or Houston, but knowing the front office is willing to make trades to help bridge the gap is exciting.

The Indians start the season in three days. It’s wise to assume this team will look much different in August.