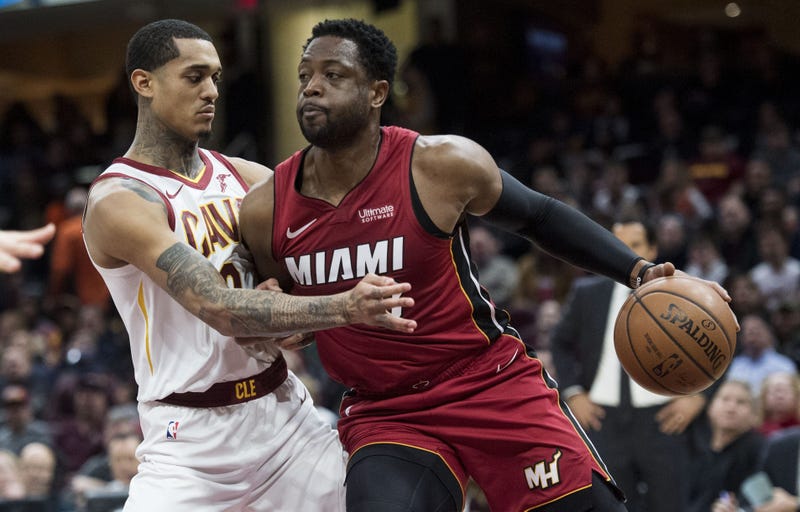 January 26, 2019 01/26/2019 3:57 am
Cleveland, OH (92.3 The Fan) – The Cavaliers lost 100-94 to the Miami Heat on Friday night. They've lost six games in a row and 18 of their last 19. Here are three takeaways from Friday:
Cedi's Time – Cedi Osman posted a new career-high in back-to-back games. He had 25 points on Wednesday against Boston. He eclipsed that mark against the Heat, finishing with 29 points on 11-of-20 shooting. Everyone knows Osman has potential. The Cavaliers hope he's evolving into more.

"I feel it's easier for me and I'm confident in my shots," Osman said. "The last two months I changed my playing style. I started attacking more."

"It's just one game, so I have to figure out how to be consistent"

He is attacking the basket and drawing contact instead of settling for contested threes. This season is about developing players who can help the organization win in the future. Don't look now, but Osman may be one of them.

"I think he is starting to kind of figure it out," head coach Larry Drew said. "I think the way teams are playing him, he's really taking what they give him, not looking to force things."

"It seems like he's allowing the game to come to him."

Life Comes At You Fast – Cameron Payne didn't play on Friday night and cleaned out his locker after the game. The Cavaliers won't keep him around for the remainder of the season. Payne averaged 8.2 points, 2.1 rebounds and 2.6 assists off the bench in nine games for Cleveland.

The Cavs want to keep their flexibility with the February 7 trade deadline less than two weeks away. The move makes sense, but it's just a reminder of how quickly things can end in professional sports, especially when you're on a 10-day contract.

Classy Cavs and Fans – Dwyane Wade played 46 games in Cleveland. He wasn't part of a championship team. He didn't help lead a playoff run to the NBA Finals. His best friend LeBron James is no longer in town. He isn't from Cleveland. That didn't stop the Cavaliers from honoring him with a tribute video in the first quarter.

It was a classy move by the Cavaliers. The future Hall of Famer had flashes of brillance, finishing with 13 points, six rebounds and three assists.

Here’s Dwyane Wade throwing it down for the final time at The Q #OneLastDance pic.twitter.com/bS1tZ889Ry

There were Wade jerseys all over the arena. Some were the number nine he wore in Cleveland, while others were rocking the more common Miami jersey. It says a lot about the fans of Cleveland to show up on a cold night to watch a team that has struggled all season and give Wade his due.

Wade got a ton of love from the crowd here at The Q pic.twitter.com/zEg0XBuoGS

Wade traded jerseys with rookie Collin Sexton after the game. The Cavaliers play in Chicago on Sunday afternoon before returning home to play Washington on Tuesday night.