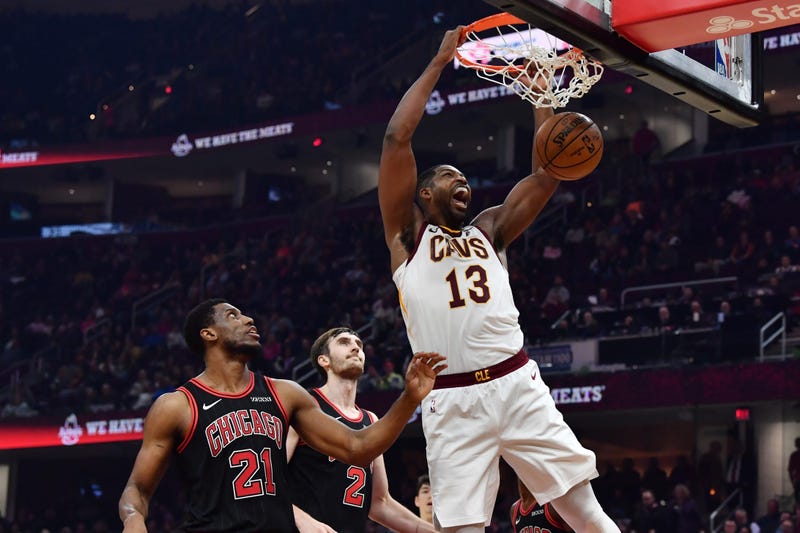 December 7, 2019 12/07/2019 4:11 am
CLEVELAND, OH – Tristan Thompson continues to lead a young Cavaliers team that is in need of guidance after losing 11 of their last 12 games.
To make matters worse, a report from The Athletic said players have drowned out head coach John Beilein and that they’ve grown frustrated with his coaching philosophy.

Thompson didn’t hesitate to defend his coach when asked about the report on Friday night.

“I hope none of my teammates said that because at the end of the day if you’re going to build a culture and a family, you can’t have that chatty patty sh-- going on,” Thompson said. “That sh-- is wack to me.”

The nine-year veteran is averaging 13.9 points and 10.6 rebounds per game. Thompson thinks his numbers are up because Beilein believed in him more than his previous coaches.

“I love coach Beilein,” Thompson said. "He's great for development and he understands that players have so much in them and he wants to get the best out of you. I'm thinking the guy is pretty good. I'm probably the smartest guy in this locker room, so if I think I know what the guy is doing then we shouldn't hear nothing else — to be honest.

The Cavaliers are going through a rebuilding period, which can be hard — especially on veteran players. Thompson knows it’s up to him to set the standard for the young guys.

It’s safe to say Thompson wasn’t the one complaining about Beilein’s long film sessions and coaching philosophy. The report cited anonymous players, but Thompson is hoping to find out which teammates said that about his head coach.

“Sh--, y’all better find them names because I’ll pull up on them right now." Thompson said. "You can’t do that sh--.”