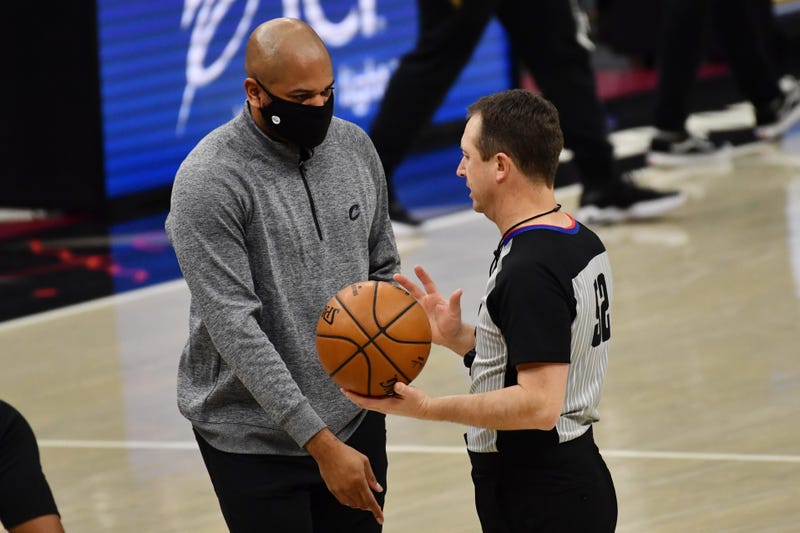 The team is 8-7 and fifth in the Eastern Conference standings, just behind Central Division-leading Indiana (9-6). The Cavs are riding high on a three-game win streak, highlighted by back-to-back victories over the Brooklyn Nets on Wednesday (147-135 in double OT) and Friday night (125-113).

Few expected the Cavs to step up against the likes of Kevin Durant, Kyrie Irving, and newly acquired James Harden, but Cleveland head coach J.B. Bickerstaff has said his team has established a new identity in scrappy defense.

"Our identity, and [our team's] understanding of who we want to be is clear," said Bickerstaff after the Cavs' Friday win. "I think that has been established. What's going to get us there is the experience of doing it night after night after night."

Indeed, the Cavs are second in the NBA in opposing points per contest (106.0), as well as steals per game (9.9). A far cry from the team's last-place finishes in defensive efficiency the previous two seasons.

After the Cavaliers' practice on Saturday, forward Larry Nance, Jr. (15/10 in the Cavs' Friday win) talked about the defensive scheme Bickerstaff committed the team to at the beginning of the season.

"At first, I was a little bit thrown off by the schemes, They're far from traditional, and they definitely took a bit of a risk...but I can't say anything about it now," Nance chuckled. "I'm loving it, the guys are loving it...obviously we want that number one spot, but it's something that J.B. should be super proud of."

Friday night's win also saw the return of young Cavs players like Darius Garland and Dylan Windler, the latter of which was back on the court after missing 13 games with a hand injury suffered in the season opener with Charlotte.

On Saturday, Windler commented on his return to play, which came on a good night against Brooklyn.

"Being able to compete out there, with them against another team, especially a team as talented against the Nets are...to get the win, feels really good."

"I think we have a really deep team now," Windler added when asked , "We have about ten, eleven or twelve guys that can play every night, which allows us to come off the bench fresh. I think that's one of the most dangerous thing about this week."

When asked about the future focus of the Cavs offense, which was able to take advantage of a Nets defense that ranks in the bottom ten for points allowed (111.4) over the last two days, Windler answered, "I think we have to continue to trust our offense. I think at times, when we're not scoring, it's because we...become ball dominant, and guys just try to get their own. We kind of lose our rhythm sometimes. I think it's just best when we keep moving, and just feeding off each other."

The Nets not only handed the Cavs two wins this week but also two new players in center Jarrett Allen and forward Taurean Prince. The two have had provided offense for the Cavs, both scoring a combined 31 points each in their first two games with Cleveland. In Friday night's win, Allen scored 19 points with six rebounds, and Prince had 14 in dual efforts that came from the Cavaliers bench.

Nance had his praise for his new teammates after Saturday practice.

"Jarrett is as efficient as efficient can be. He protects the rim for us, he plays within his role...we love to have him."

"Taurean's a shot-maker," Nance added. "We know he can get to the basket, we know he can knock down shots, and on a team that, at least while we were injured, has a hard time scoring the ball, we can really appreciate that."

The Cavaliers take on another Eastern foe on Sunday, January 24, as they travel to Boston to take on the Celtics.

Boston is currently 8-6, fourth in the Eastern Conference standings and one spot ahead of the Cavs. However, the Celtics have lost three of their last four contests, including back-to-back defeats on Wednesday (117-109) and Friday (122-110) at the hands of the East-leading Philadelphia 76ers.