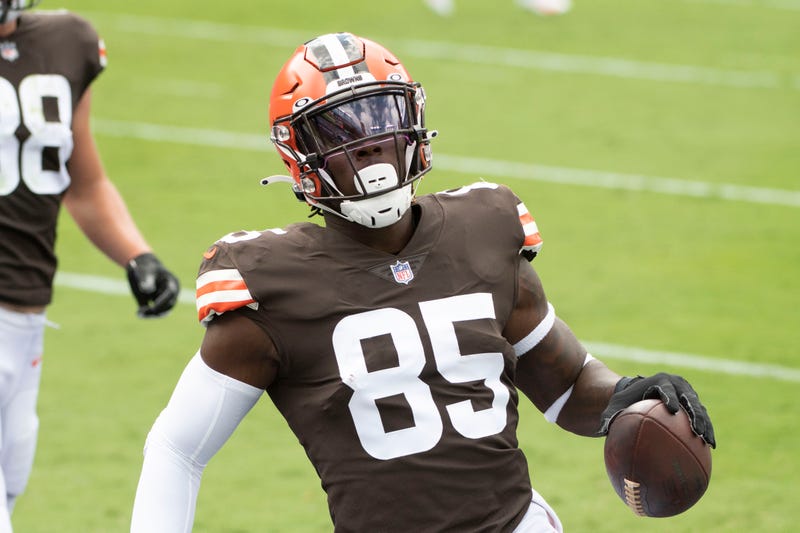 CLEVELAND, Ohio (92.3 The Fan) – Tight end David Njoku was placed on injured reserve Monday, a day after suffering a knee injury in the Browns’ 38-6 loss to the Ravens in Baltimore.

Njoku caught 3 passes for 50 yards and the only touchdown of the day before suffering the injury in the second half.

It marks the second straight year that Njoku, selected by the Browns 29th overall in the 2017 NFL Draft, has landed on IR, but he may not be out as long this year thanks to a rule change made by the NFL for 2020.

Under the rule adopted for this year as the league plays through the COVID-19 pandemic, teams may place an unlimited amount of players on injured reserve with the ability to return after missing a minimum of three games.

Last season Njoku missed 8 games after suffering a broken wrist in the first half of a 23-3 win at the New York Jets.

This summer Njoku demanded a trade then rescinded the request before training camp began.

The Browns picked up the fifth-year option on his rookie contract at the end of April.