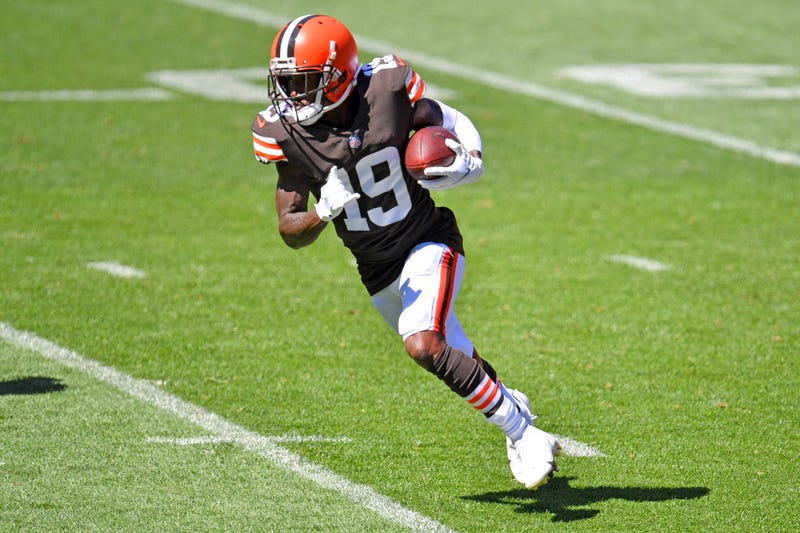 CLEVELAND, Ohio (92.3 The Fan) – Browns receiver/kick and punt returner JoJo Natson suffered a torn ACL in Sunday’s 34-20 win over the Washington Football Team and is lost for the season.

Natson will be placed on the reserve injured list.

“Hate long-term injuries like that,” Stefanski said. “JoJo was doing a nice job for us on the offensive side so we’ll as an offensive staff sit down and figure out if there’s another guy on the roster than can do those type of things.”

Natson, who had a 31-yard kickoff return and 3-yard run against Washington, suffered the injury while trying to make a cut during an 11-yard punt return in the second quarter.

How they replace Natson remains to be seen. Rookie receiver Donovan Peoples-Jones, selected in the sixth round in April, has been inactive for the first 3 games.

“We’ll work through that, Stefanski said. “That’s something I’m going to sit down with [Mike Priefer] and talk through as this week unfolds how we want to attack this.”

“He is going to miss some time but we’re just going to monitor that,” Stefanski said.