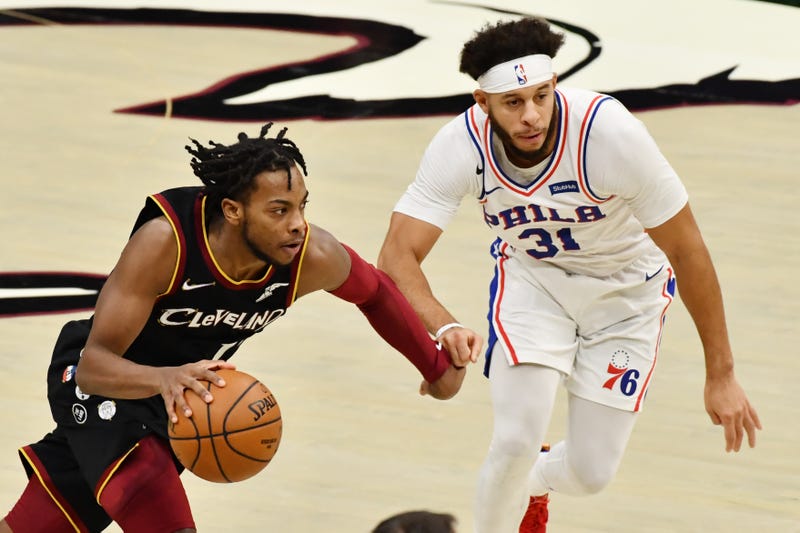 CLEVELAND, Ohio— After a 3-0 start to the 2020-21 season, Cleveland Cavaliers’ head coach J.B. Bickerstaff doesn’t think his team has put its best four-quarters together.

Despite rolling to a 118-94 win over the Philadelphia 76ers on Sunday night at Rocket Mortgage Fieldhouse where his team lead by as many as 32, Bickerstaff feels his team still has more to give.

Regardless of what the boss thinks, despite a small sample size it appears that the message Bickerstaff is preaching has taken hold.

“It’s fun to watch. Credit to these guys for buying in. When we put this together, we just feel like it’s the right way to play the game,” Bickerstaff said.

For Bickerstaff and his coaches, the right way to play the game is predicated on sharing the basketball. Sunday night’s romp featured the Cavaliers dishing out 31 assists as a team— a point of emphasis this season in practice that has translated to games seamlessly.

“It’s not something that’s unique or special by any means, but it’s the way the game should be played and trying to play the game as purely as you can,” Bickerstaff “When you play that way and everyone feels like they’re a part of it. Then everyone is more willing to do it.”

Leading the way for the Cavaliers Sunday night the assist department was second-year guard Darius Garland, who handed out eight helpers. Garland’s night of giving was highlighted by his dish to a streaking Larry Nance Jr. who punctuated the fast-break play with a two-handed slam.

“It starts from the point guard all the way down to the big men,” JaVale McGee said.

Nance’s slam gave the Cavs a 17-point lead and sent the 76ers scrambling to the bench in a timeout. It served as a moment that would normally have sent a crowd into a frenzy, had one been allowed inside the arena.

“That’s what the guys have bought into, playing agenda-less basketball,” Bickerstaff said.

Nance Jr. found himself in the starting lineup Sunday in place of rookie Isaac Okoro, who missed the game with a right foot sprain. The Akron native handed out five assists of his own, and admitted the Cavaliers’ early season rise to the top of the league in that category was not something he saw coming into this season.

“Good teams share the ball, and I think we’re starting to get that,” Nance Jr. said. “When we win, everyone looks good.”

Nance attributed Garland’s growth from year one to year two of his young career as the catalyst for that meteoric rise.

By design, the Cavaliers have hedged future success on Garland as well as Sexton, as evidence by the pair of first-round selections the club spent on them. And while Sexton’s point totals tend to get more headlines than his assists right now, Nance Jr. assured anyone who many be looking for growth on the stat sheet that progress is being made.

“Even if his assist numbers didn’t go up, it’s not about the numbers necessarily, it’s about the ball movement,” Nance Jr. said. “It’s not sticking as much. Not many zero or one-pass possessions. We started to see this Collin Sexton last year. You’ve got to keep in mind that this guy is pretty freshly 21-years-old.

At some point the Cavs will likely endure some sort adversity, and the veterans hope the way they’ve prepared will prevent them from transitioning back into their old ways.

“Obviously you want to take the wins as you can,” Bickerstaff said. “The ultimate success for us and the reward is the wins. So that gives guys faith in what we’re doing.”