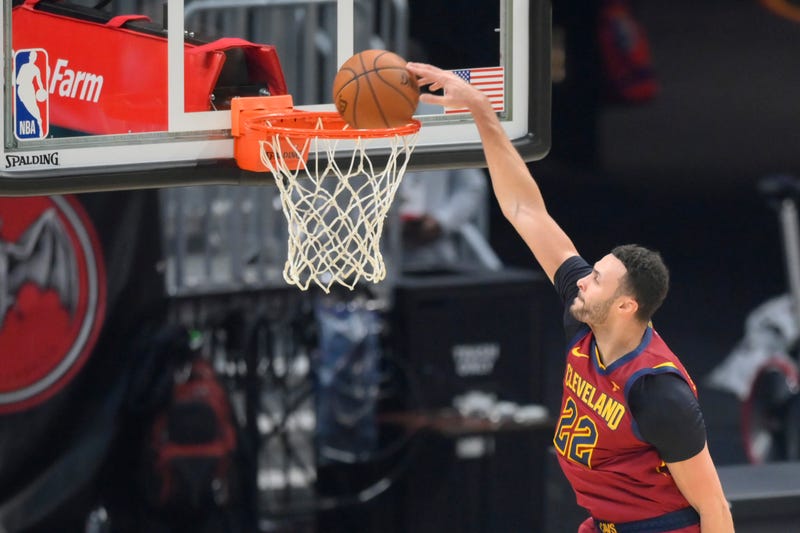 CLEVELAND, Ohio — The Cleveland Cavaliers are back.

For the first time in 287 days, the Cavaliers were on the floor playing real NBA minutes after being left out of the NBA’s restart in Orlando, Florida.

They looked like a team that enjoyed the rest, leading by double-digits for most of the night in a 121-114 win over the Charlotte Hornets on Wednesday night at Rocket Mortgage Fieldhouse.

The Cavaliers pushed the pace early, taking a 17 point lead into the half and led by as many as 24 points in the third quarter. The Hornets didn’t flinch, and chipped away at the lead. Charlotte cut the deficit to eight points before the Cavaliers woke up and pushed it back to double-digits.

Charlotte cut the Cavs lead to five in the final minutes, largely on the efforts of Youngstown native Terry Rozier. The Hornets went on a 15-2 run before Collin Sexton connected on a pair of free throws to put the game on ice.

Sexton finished with a team-high 27 points and five assists. Darius Garland followed up with 22 points of his own on 7-for-13 shooting.

Newly acquired JaVale McGee appeared to fit in just fine with his new group of teammates. He poured in 13 points  in 19:12 minutes of work.

Larry Nance Jr. added 13 points to along with 13 rebounds while Andrew Drummond had a double-double of his own with 14-points and 14 boards.

McGee played in just one preseason game, but was brought to Cleveland to provide veteran leadership and defensive help for a team that finished last season ranked at the bottom of the league in defensive rating.

Speaking of defense, the Cavaliers struggled to stop Rozier. The sixth-year pro looked right at home at Rocket Mortgage Fieldhouse, pouring in 42 points. Unfortunately, it was in a Hornets uniform. Rozier was 10-for-16 from three-point range.

The Cavaliers travel to Detroit to take on the Pistons Saturday night before returning to Rocket Mortgage Fieldhouse for a matchup with the 76ers on Sunday night.

NOTES — Cavaliers G/F Dylan Windler left the game with 2:53 to play in the third quarter after colliding with Gordon Hayward on a shot attempt. Windler left the game with a left wrist injury and did not return. Windler appeared to hit his head on JaVale McGee’s knee, but got up under his own power and walked off the floor. He did not remain in the game to shoot his free throws.

— Cavs’ forward Larry Nance Jr. has pledged his support for local business during the COVID-19 pandemic by wearing a shirt from various local businesses prior to each game. Wednesday night’s shirt featured the Grog Shop. Nance Jr. will be auctioning off each game worn jersey and the proceeds from the raffle will benefit selected local businesses.

—The Hornets Bismark Biyombo was issued a technical foul with 41 seconds remaining.