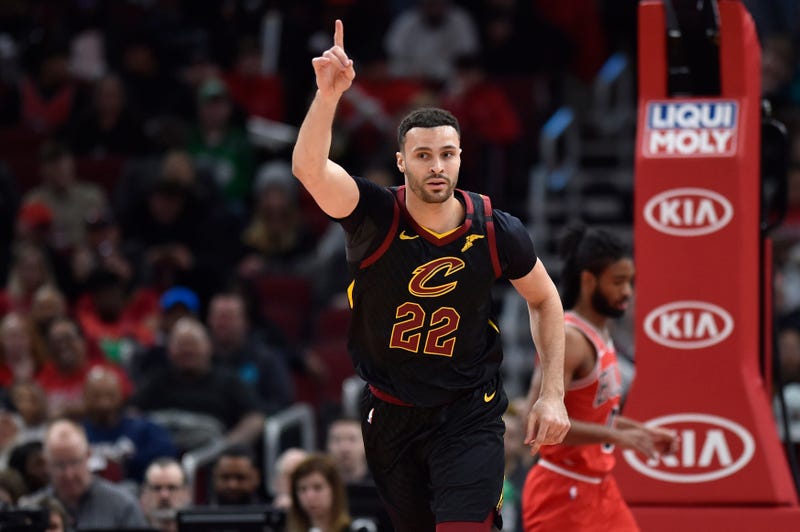 He took drastic measures to replenish them.

“I’m ashamed to say it, but I found myself at 8-year-old and 9-year-old girls' soccer games yelling at referees,” Bickerstaff said on a Zoom call as the Cavs opened training camp Tuesday. “I’m sitting there watching second- and third-grade girls and I’m on edge, and the hair on the back of my neck is standing up.”

Bickerstaff can finally relax — a little.

The Cavs, who had an already tumultuous 2019-20 season hijacked by COVID-19 and after just 11 games with Bickerstaff in charge, returned to the floor Tuesday for individual workouts as they began cramming for an upcoming season that's only weeks away.

For now, players are only permitted to work out individually before the team can practice as a group starting Friday.

Due to a storm that dumped up to a foot of snow across northeast Ohio, forward Larry Nance Jr.'s commute to the team's training facility in Independence, Ohio, took much longer than usual.

He would have gladly driven a day to get there.

There was a certain joyful holiday giddiness as the Cavs got back in the gym for the first time in months. Not only did the virus abruptly end their season just as they were playing their best ball, but the Cavs took another hit when they were one of the eight teams omitted from the NBA's “bubble” in Orlando.

The exclusion prevented them from growing, bonding and continuing a rebuild that suffered a setback last season when coach John Beilein stepped down following the All-Star break. Bickerstaff acknowledged the Cavs were punished by not getting to play.

“There were other teams that got to experience things that we didn’t get an opportunity to experience,” he said. "There’s young players who got valuable minutes in that bubble that our guys didn’t get. You look at the leaps that some of the teams made, whether it’s Phoenix or San Antonio, they got a lot of valuable experience that we weren’t afforded because we weren’t in the bubble.

“So having said that, none of those are excuses and none of those are copouts for our guys. Our expectation is we show up, we go to work and we compete no matter the circumstances, so we’re excited and we’re looking forward to that.”

Bickerstaff's agenda over the next few weeks includes fixing Cleveland's shoddy defense. The Cavs were awful with their backs to the basket, and while not giving away any of his plans, Bickerstaff said his goal is to simplify things for his players to make them better defenders.

Of course, it will help that Andre Drummond decided to come back.

The 6-foot-11 center, who came to Cleveland in a surprising trade with Detroit in February, opted into his contract last month by picking up his $28 million option. There had been speculation about whether Drummond truly wanted to stay, but he said the Cavs were his only choice.

Drummond only played in eight games before the season was halted. However, the two-time All-Star likes the pieces he sees in Cleveland and is eager to start anew with a hungry team.

“It's a young team, really, really young team and guys that are willing to learn and want to win,” he said. “It’s just they need a little bit of guidance. And I think J.B., myself, Kevin Love and Larry are gonna be able to help these guys a lot. And the process is fun for me.”

Drummond will be tasked with helping protect the rim, and he's set a goal to be named the league's top defensive player.

He's got even larger plans for the Cavs.

“We’re not too far off,” he said. “We have the caliber guys here to really make some noise. If we don’t make it to the playoffs, we’ll be damn near close."