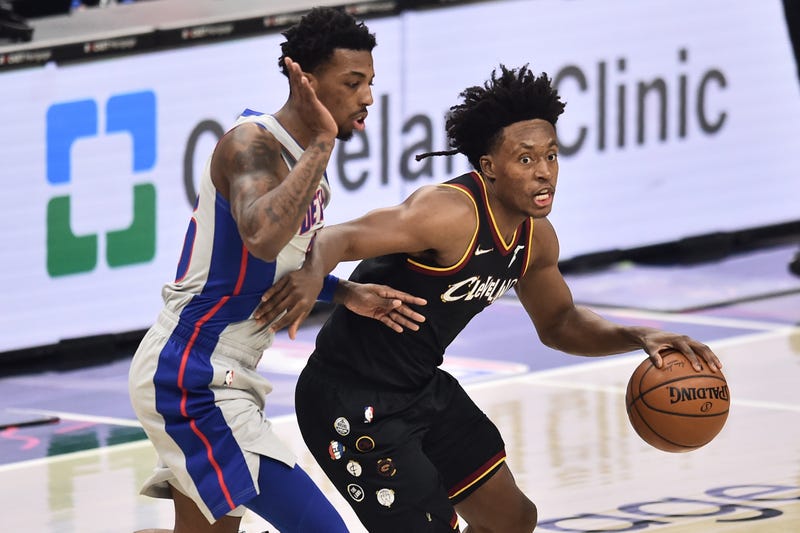 CLEVELAND, Ohio — It wasn’t pretty. It’s not always going to be.

The Cavaliers struggled early, shook off a first half malaise and rounded into form to snap a two-game skid with a 122-107 win over the Detroit Pistons on Wednesday night at Rocket Mortgage Fieldhouse.

“I didn’t like the way we played in the first half, but I thought the second half was a clear vision of who we are,” head coach J.B. Bickerstaff said.

From the get-go, there was a crispness missing from their game. Sharp cuts, precision passing; staples of the Cavaliers offense had gone missing were replaced with turnovers and sloppy defense.

A defensive three-second call on their first possession and a shot-clock violation bookended a forgettable first quarter that saw the Cavaliers emerge with a 32-38 edge.

“I thought in the first half, we were disjointed for whatever reason,” Bickerstaff said. “But in the second half I thought we did an unbelievable job of playing with one another.”

The Cavaliers surrendered multiple open looks from beyond the arc and allowed several easy baskets underneath.

But Wednesday night illustrated a new wrinkle in the Cavaliers continued development this year. Their relentless energy wore their opponent down. albeit against the Eastern Conference cellar dwelling Pistons.

‘Our main goal is to beat up teams as much as possible to wear them down,” Cavaliers' center Andre Drummond said. “We did a good job that against Detroit. They tried to be physical with us and make us uncomfortable but we stayed the course.”

The Cavaliers turned defense into offense, creating 22 turnovers that resulted in 30 points.

“We shared the ball, we made plays to make each other better at both ends of the floor,” Bickerstaff said.

Since coming back from a wrist injury, Dylan Windler has come into his own in a shooting role— one that the Cavs envisioned when they drafted him. Windier finished the night with eight points that included a pair of three-pointers.

At the break, the Cavaliers trailed 56-54. But the third quarter has been an Achilles heel at times for the Cavaliers. However, Wednesday night they flipped the script by outscoring the Pistons 36-26.

The wine and gold continued their push into the fourth quarter running their lead out to as much as 19-points.

Collin Sexton led the Cavaliers in scoring with 29 points. Drummond added 23 points and 16 rebounds leading the charge for the wine and gold in the paint. More than half of the Cavs offense came from in the lane where the Cavs racked up 66 points.

“That’s where we pride ourselves, we try to attack the paint and make teams guard us like that,” Drummond said. “Once they lock down the paint we look for open shooters.

Following a loss to the Celtics on Sunday, Bickerstaff challenged his team to respond. They did in effort in a loss to the defending champion Lakers Monday night. They responded with a result they were looking for against the Pistons.