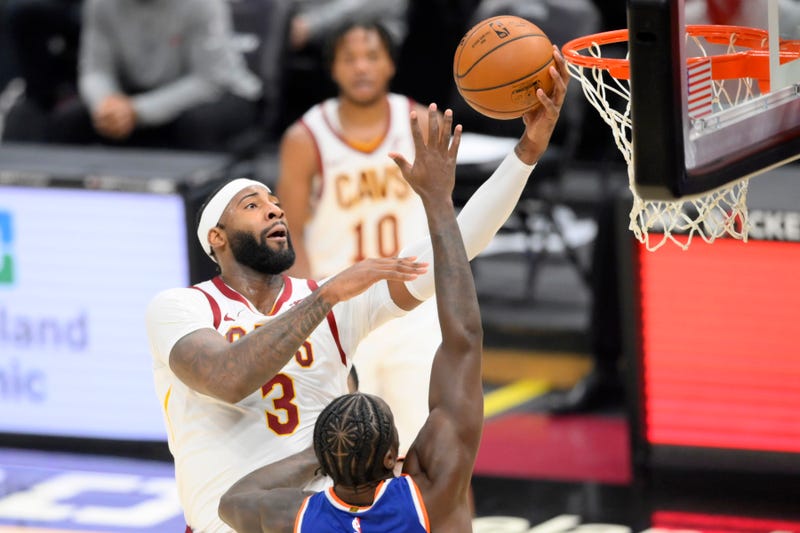 In a 72-game slog condensed by a pandemic, consistency is key. Bickerstaff knew the opportunity against the Knicks was a chance to solidify a brand of basketball that helped the Cavaliers race out to a 3-0 record.

Instead, the Cavaliers found themselves trying to overcome a poor shooting performance while stumbling to a 95-86 loss at Rocket Mortgage Fieldhouse.

“I think we were a little demoralized early, when we were creating great looks for ourselves and they didn’t go,” Bickerstaff said. “I thought we played good basketball in the first quarter. I thought we missed open shots. We allowed that to impact us for the remainder of the game.”

As a team, Cleveland shot 36-percent from the field. That included an 0-for-10 stretch from 3-point land during the game’s first 12 minutes where the team connected on just 25-percent of their total shot attempts.

“You look at how you created the shots, and are they the guys that you want to take those shots?” Bickerstaff said. “The way we crated the shots was good basketball, it was playing the right way. It was sharing the ball, it was making the extra pass.”

Those early hallmarks of the first three games of the season evaporated in the second half as the Cavaliers repeatedly found themselves chipping away at a deficit. After a brief lead in the game’s early minutes, the wine and gold was constantly playing from behind.

In a game where the Cavs found themselves down by as many as 16 in the second quarter, the wine and gold went on a furious 18-5 run starting at the 11:14 mark of the second to cut it to three points with just over six minutes left in the quarter.

If the Cavaliers game plan was speed, precision and ball distribution, the Knicks counteracted that with physicality.

“There was a lot of bumping, a lot of holding. They’re bumping you off your spot, we’re bumping them off their spot,” Bickerstaff said. “Guys were just getting after it instead of using their force against them, and cutting harder and getting more back door cuts to loosen up the defense. We’ve got to execute those things better.”

But as the Cavaliers continued to struggle to get shots to fall, a new blemish appeared from Bickerstaff's squad that we haven't seen before. Admittedly, they began to press.

“A couple of possessions we had some hero-ball moments,” guard Darius Garland said. “

Garland and Collin Sexton’s shooting struggles mirrored the rest of the team. The backcourt duo were a combined 0-for-10 from the field in the first quarter. The pair uncharacteristically missing on several open looks as the night progressed.

“Taking the lid off the rim. That twas our biggest problem, we couldn’t make a shot,” Garland said.

Andre Drummond fueled the rest of the Cavs scoring with his fourth straight double-double, scoring 18 points and pulling down 17 rebounds.

Frustration doesn’t particularly describe the level of annoyance with Tuesday night’s outcome. So much so, that it boiled over in the form of Bickerstaff being issued a technical foul with 8:46 left to play in the fourth quarter.

“We started playing with some despair more than belief, and I think that was the difference,” Bickerstaff said. “That Detroit game we played with belief, tonight we played with despair, trying to make every single play, every possession mattered that much more to get back and get in this game.”

Defense is also a signature of that Bickerstaff brand, and the Cavaliers forced still forced 26 turnovers by the Knicks.

“We gave up 95 points, that’s not a bad job tonight,” Collin Sexton said. “We can’t allow the offense end to affect the defense. We ’re not making shots we can always play defense and play hard.”

At some point this season, Bickerstaff and the Cavs expected to be tested by adversity. Thursday night against the Pacers will provide their next experiment to respond to it.

“It wasn’t a lack of effort that led to this, it was us experiencing something different.” Bickerstaff said. “We had made shots up until this point. Tonight we didn’t make shots, we have to learn how to respond when things aren’t going well for us offensively.”

— The Cavaliers were also without Kevin Love and Isaac Okoro for the second consecutive game. Love missed Tuesday’s loss with a calf strain. He will be re-evaluated in 4-to-6 weeks. Okoro has been dealing with a foot sprain and