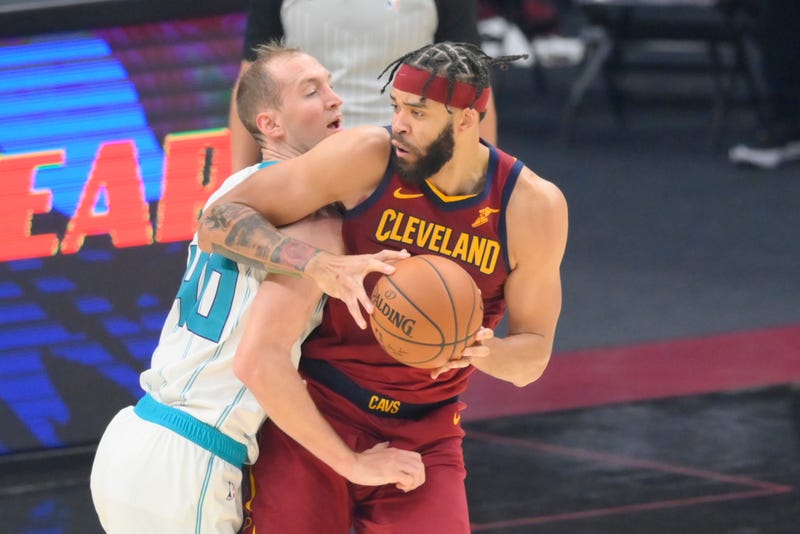 CLEVELAND, Ohio — JaVale McGee has been around the NBA enough to stomach a change of scenery or two.

The three-time NBA Champion is with his seventh team over a 13-year career.

Wednesday night at Rocket Mortgage Field House, he looked as comfortable as ever during a 121-114 win over the Charlotte Hornets.

“Whats most important is the stuff that he does when he’s not on the floor. That’s what our young guys can learn from. He is the ultimate professional,” Cavaliers head coach J.B. Bickerstaff said. “He’s there early. When he’s on the floor working, he works his tail off.”

Spending the first part of training camp getting to know the Cavaliers’ system via zoom meetings and conference calls, McGee wasted no time getting acclimated to his new surroundings Wednesday night.

Protecting the paint wasn’t as as much of a problem for the Cavaliers as it was limiting Terry Rozier. Rozier, the sixth-year pro was the sole reason the Cavs struggled to put the Hornets away, knocking down triple after triple and finishing with a game-high 42 points.

The Cavaliers led by as many as 24, but saw their lead dwindle to five in the waning minutes.

Finding a way to stop the bleeding to a threat like Rozier and close out games that could potentially spiral out of control are where McGee’s veteran leadership and experience can pay big dividends for the Cavaliers this year.

“JaVale is a champion. He knows what it takes. You can hear his energy no matter what,” Cavaliers’ guard Collin Sexton said. "We need that one vet that’s going to get into everyone and not sugar coat anything and I feel like that’s JaVale.”

McGee averaged 6.6 points, 5.7 rebounds in just over 16 minters pre game with the Lakers during their 2019-20 championship run.

NOTES — Cavaliers G/F Dylan Windler left the game with 2:53 to play in the third quarter after colliding with Gordon Hayward on a shot attempt. Windler appeared to hit his head on JaVale McGee’s knee, but got up under his own power and walked off the floor.

— Cavs’ forward Larry Nance Jr. has pledged his support for local business during the COVID-19 pandemic by wearing a shirt from various local businesses prior to each game. Wednesday night’s shirt featured the Grog Shop. Nance Jr. will be auctioning off each game worn jersey and the proceeds from the raffle will benefit selected local businesses.