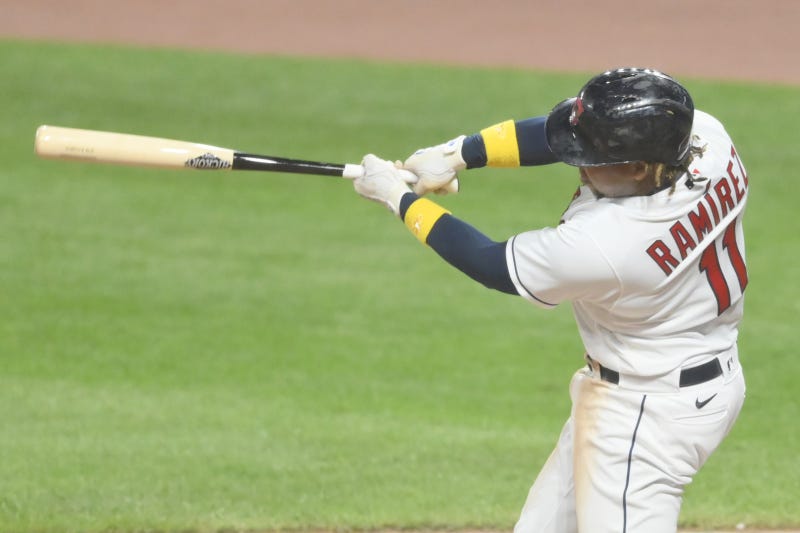 Batters were 0-for-35 against the All-Star closer, but that hitless streak came to an end Saturday when Cesar Hernandez hit a walk-off RBI single to give Cleveland a 4-3 win.

Oscar Mercado started the ninth inning with a double and advanced to third base on a wild pitch. Mercado scored the game-winning off the Hernandez base hit.

“Mercado is a good fastball hitting and he needed to get a pitch to handle,” Indians interim manager Sandy Alomar said. “Hernandez is going to put you in good situations. You feel good about him because he’s going to make contact majority of the time and it’s a good situation as a player.”

Milwaukee (18-20) had a chance to take the lead at the top of the ninth. Indians pitcher Brad Hand (W, 1-1) had runners on first and third with two outs. However, the former All-Star pitcher struck out Ryan Braun and made Mark Mathias fly out to first baseman Carlos Santana to end the Brewers' chance to take the lead.

“The game still tied and I was trying to get some strikeouts,” Hand said. “I got two key strikeouts with a runner on third ... I was falling behind in the count to guys but I got back into the counts – and I was able to get strikeouts on those guys.”

The Brewers tied the game with one swing of the bat. Orlando Arica hit a towering home run over the left-field fence off Indians reliever Nick Wittgren to tie things up at 3.

Cleveland scored all of its runs in the sixth inning. Oscar Mercado started the rally with a walk, and Cesar Hernandez doubled to left-center to bring home Mercado. In the next at-bat, Jose Ramirez fought through nine pitches before hitting a two-run home run as the Indians took a 3-1 lead.

Aaron Civale struggled in his final inning in the sixth for Cleveland. Civale gave up a lead-off home run to Keston Hiura to cut the Indians lead to 3-2, then loaded the bases with two outs. The Indians got out of the inning without giving up more damage as Luis Urias was grounded into an inning-ended fielder's choice.

Milwaukee got on the scoreboard first in the fourth. Daniel Vogelbach hit an RBI double that drove in Hiura as the Brewer took a 1-0 lead.