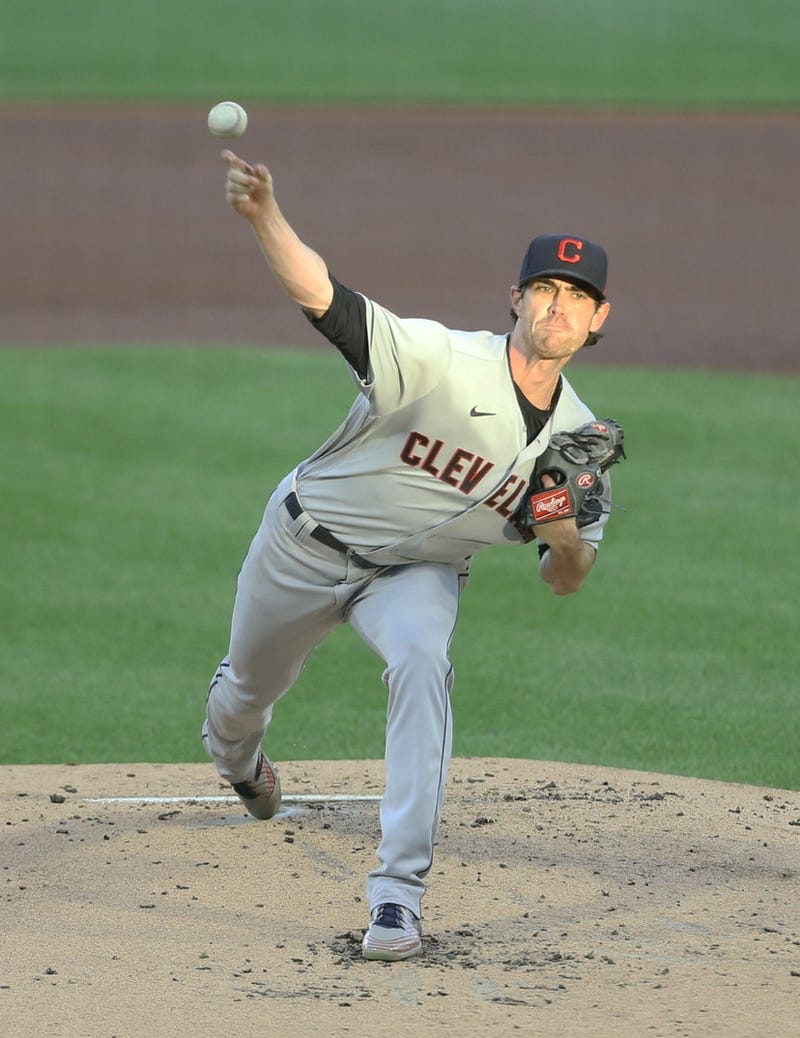 CLEVELAND (92.3 The Fan) – If 2020 was defined by any words, weird has to be included when describing a year COVID-19 effected many lives worldwide.

Weird can also be included when you're talking about pitching in baseball. The average starter goes about 30 starts a year. Still, this season is different because the starting pitchers will have 11-13 starts on the season.

For Indians starting pitcher Shane Bieber, who won the American League Pitcher of the Month award for August, feels bizarre for only have five or six starts left in the regular season.

"It's odd, it's definitely odd," Bieber said Saturday afternoon. "It feels like we're getting going (on the season).
Obviously, you're used to getting to make 30 starts a year, and now you're looking making 12 to 13. It's much, much different.

"I try not to think about it; It's not like a finish line or anything like that because we plan on going deep into the postseason and making a run at this thing. I'm really just trying to think to myself on start to start and what I need to work on to be better in each start and take things as long as I can."

With no fans at MLB stadiums due to social-distancing, the chatter on the field is high. Players from both dugouts can hear conversations upon each other and no boos from opposing fan bases on the road.

However, Bieber still gets a laugh when the Indians are on the road with creative music options.

"They still mix the Justin Bieber songs and other teams are yelling," Bieber said. "You can hear the other dugout a lot clearer – whether they're chirping at you or the umpire. You can definitely fell the competitiveness and that special atmosphere."

Bieber is scheduled to pitch Sunday's series finale against the Milwaukee Brewers. He's 6-0 on the season (in eight starts) with 13 walks, 84 strikeouts and a 1.20 ERA.

According to FanGraphs, Cleveland is projected to make the playoffs – a 99.3 percent chance of clinching a playoff spot. Bieber has never pitched in the postseason and is waiting for the opportunity for that moment.

"It would mean a ton," he said" I've been looking for that for a long, long time. I was slated to start in 2018, but we fell that short. At the same time, I'm looking forward to answering about the postseason in a couple of weeks. From who we're playing and where we will be.
Overall, very, very excited."

Say Hello to the New Guy

Left fielder Josh Naylor, who was acquired in the 9-player trade with the San Diego Padres on Monday, has a connection to Indians interim manager Sandy Alomar. The Mississauga, Ontario, Canada native has gone to baseball camps in his native land, including Hall of Fame second baseman Roberto Alomar’s camp.

“My Dad or brother used to train him in Canada – Robbie Alomar Baseball Camp – and they told me this kid has some power, the kid can play first base and the outfield,” Alomar said. “They told me: ‘Don’t be surprised when he starts hitting homers because he’s pretty strong.’”

Naylor is batting .231 with an RBI in four games for the Indians.