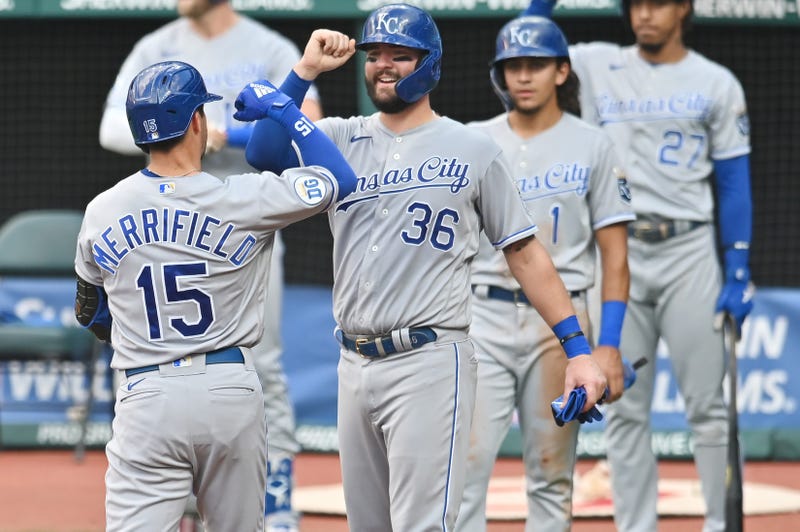 CLEVELAND (92.3 The Fan) – Sometimes your bullpen doesn't have it for a night.

For Cleveland, its bullpen gave up five runs – two runs earned – in an 8-5 loss to the Kansas City Royals on Tuesday night.

Adam Cimber and Oliver Perez could not find the plate for the Indians in the eighth inning. Cimber was first out of the bullpen and allowed Adalberto Mondesi and Hunter Dozier on base on back-to-back hits. Maikel Franco hit a sacrifice fly to enable Mondesi to score. Cimber exited the game to bring in Perez, who allowed Dozier to score with bases loaded hit by a pitch to Nicky Lopez.

"I don't see that wipe-out slider (from Cimber)," Indians interim manager Sandy Alomar said.
"I think he has to established his sinker in, in order to throw his slider away. The sinker is getting too much (of the) plate. He had to go out there and pitch. Sometimes you struggle in a couple of outings, and you come back and get it. We're still counting on him to get it."

The Royals (15-28) tacked an insurance run off Adam Plukto in the ninth with an RBI single from Franco.

Kansas City tied things up at 5-5 in the seventh off Cleveland (26-16) reliever Cal Quantrill who struggled to get outs. Alex Gordon led off the inning with an error caused by Carlos Santana after he dropped the ball from Francisco Lindor. Lopez drove in Matt Reynolds, and Cam Gallagher tied the game with an RBI double to left field bringing Lopez home. Both runs were scored as unearned runs to Quantrill.

Indians starting pitcher Triston McKenzie, who earned a no-decision, had a decent outing. McKenzie pitched five innings, gave up earned three runs, and struck out seven on a season-high 92 pitches. McKenzie's runs were a three-run home run to Royals right fielder Whit Merrifield in the third.

"I could have gone another nine innings out there," McKenzie said. "It's not a limiting factor in terms of what I can do. I have 90 pitches to work with and let's get as deep into this game as possible with what I'm allowed to do."

Cleveland busted out the bats in the first. Mike Freeman hit a double to left field, and two batters later, Santana hit a two-run home run to five giving the Indians a 2-0 lead.

Freeman, who replaced the injured Jose Ramirez in the lineup, went 2-for-4 with two doubles.

Sandy Leon added to the home run party (his second of the year) with a solo blast to right-center – making it 3-0 Cleveland in the second.

Lindor scored the final runs for the Indians with a two-run home run in the third.