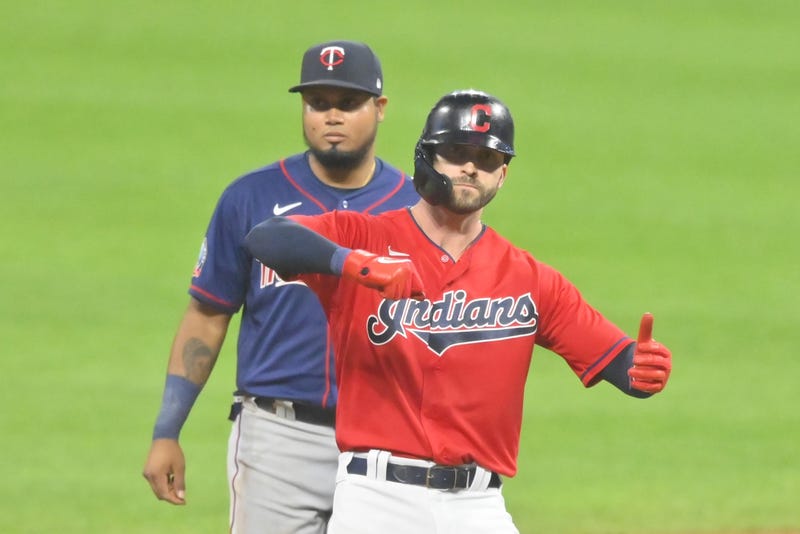 The Indians remain fiscally responsible this off-season as the club non-tendered contracts for 2021 to outfielders Tyler Naquin and Delino Deshields Jr. along with righty Jefry Rodriguez as all three now free agents.

DeShields, meantime, was part of the Indians' prize for trading Corey Kluber to the Rangers this past off-season along with Emmanuel Clase and hit .252 with seven RBI in his lone season in Cleveland. The 6 year vet was due between $2.1 million and $2.4 million this season.

Rodriguez was dealing with shoulder and back injuries and spent this past season on the Injured List but The Plain Dealer/Cleveland.com Indians Reporter Paul Hoynes says the Indians are interested in bringing him back at a cheaper deal.

music
Kate Winslet says she faced 'physical scrutiny' from 'unkind' press after 'Titanic'
music
Mena Suvari discusses 'Don't Tell A Soul,' reveals baby details
news
Man spends stimulus check on 30,000 masks for the homeless: ‘We’re all in this together’
news
Some are failing, others flying — see how your state is doing in distributing the COVID-19 vaccine
music
Blake Shelton's optimistic about 2021, with new music and his wedding to Gwen Stefani on the way
music
These Rihanna photos from 'ESSENCE' are fine art and demand to be seen