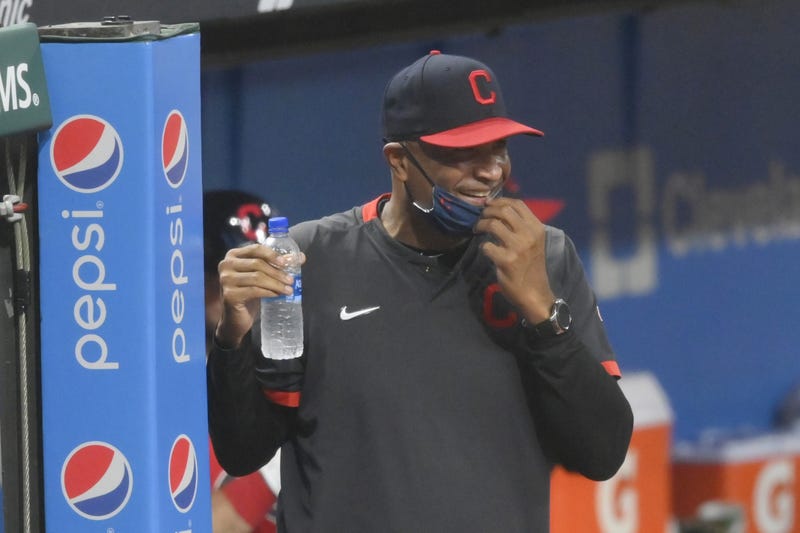 CLEVELAND (92.3 The Fan) – When the Cleveland Indians start their best-of-three wild-card series against the New York Yankees on Tuesday, Terry Francona will not be the manager.

Indians team president Chris Antonetti told reporters Sunday after the regular season finale against the Pittsburgh Pirates that Francona is still recovering from Aug. 21 surgery at Cleveland Clinic. The 61-year-old is unable to physically manage the team.

“Sandy (Alomar) will manage the team for the balance of the playoffs,” Antonetti said. “Tito is continuing his recovery, but is not yet physically able to manage the team.

"So, again, I know I’ve said this multiple times, but we are incredibly grateful and thankful to have Sandy. He selflessly stepped into the role and has done an extraordinary job leading us this season and we’re looking forward to his leadership throughout the postseason.”

Francona has only managed 14 games (8-6 record) with the Indians this season because of blood clot and gastrointestinal issues.

Alomar will run the Indians during their postseason run. He’s 28-18 this season with Cleveland while filling in for Francona.

“We are going forward with our group,” Alomar said. “I know Tito has said before, ‘Hey, just do your thing.’ And our group is really working hard to make it happen. . .We are here to help and we’re glad that we are.”

Cleveland hired Francona after the 2012 season. His teams have put together eight straight winning seasons with five postseason appearances. They won the pennant and reached Game 7 of the World Series in 2016.