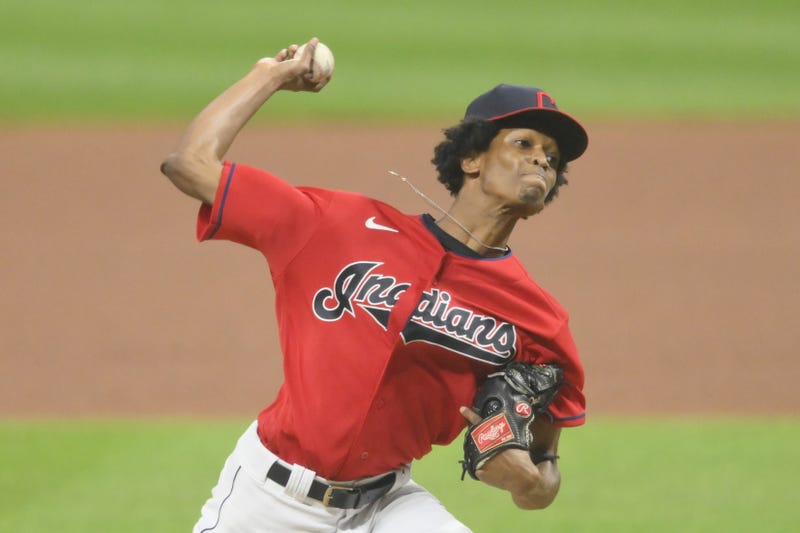 For Cleveland's young starting pitcher Triston McKenzie, the 2020 season might have been one that was short, but fruitful. Now following his MLB debut with the club, the 23-year-old is enjoying his first offseason as a big leaguer.

However, with the departure of superstar shortstop Francisco Lindor and longtime starting pitcher Carlos Carrasco, many have questioned the team's lack of additions to a young roster and seeming reluctance to spend throughout the last couple of seasons.

For the second year hurler? That is more indicative of what the team has on this roster already and continues to bring in.

"I feel like the team makes those moves with confidence in the guys that we have here," McKenzie told reporters on Friday. "I feel like we picked up some really good pieces outside of that and I'm very confident in the staff that we have here. ... we can go out there and win regardless of who's on our team."

McKenzie, who debuted on August 22nd against the Detroit Tigers, started eight games for Cleveland, finishing with a 2-1 record, 3.24 ERA, and 42 strikeouts in 33 1/3 innings.

He also expressed confidence in his ability to take on a full workload for the 2021 season, as he missed all of 2019 with a back injury.

"I feel healthy right now. Hopefully I'm able to do it for 30 starts or 162 games," McKenzie said. He also noted that he and the club had yet to discuss what his workload could look like in 2021.

But following his rookie campaign, when asked if he went on vacation or went anywhere, there was no place like home for him, saying, "Being able to stay home and eat my mom's cooking all offseason was my vacation."