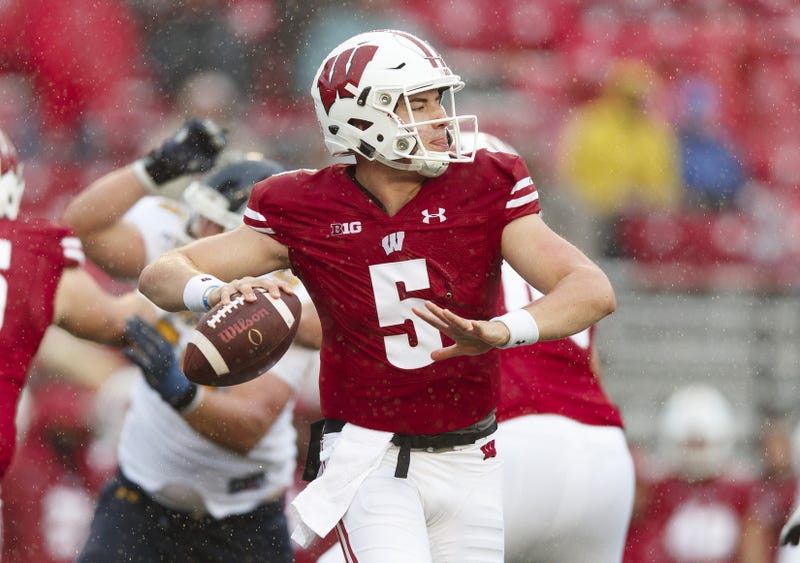 Wisconsin Badgers QB Graham Mertz is confirmed to have tested positive for COVID-19 after a second test. The Badgers will be without their potential phenom for a minimum 21 days.

Third-string QB Chase Wolf has also tested positive for COVID-19. Wolf is awaiting confirmation of a second test to see if it could be a false positive. Regardless, Wisconsin could be short-handed against Nebraska this Saturday.

This is a devastating hit for the Badgers who captured everyone's attention on Friday thanks to the debut of Mertz.

Wisconsin also moved up to #9 in the latest AP rankings. The Badgers are slated to face Nebraska on Saturday at 2:30 pm, but the game is somewhat in doubt according to reports. We'll keep you updates as the situation progresses.

Tom Oates from the Wisconsin State Journal joined The Wendy's Big Show to discuss Mertz's positive test and Danny Vanden Boom who is projected to take over.

Listen to the whole interview for the latest: