The MLB’s whirlwind, 60-game, regular-season sprint is officially in the books. For all the belly-aching we heard from the peanut gallery over new rules including revised extra innings, condensed doubleheaders and the enactment of a universal DH, the league’s on-field product didn’t suffer in the slightest. The past two months unearthed countless new talents including Shane Bieber and Fernando Tatis Jr. while further cementing the greatness of established stars like Jose Abreu and Freddie Freeman.

Even with no fans in attendance, America’s pastime proved as entertaining as ever with MLB’s expanded postseason putting a spotlight on some of baseball’s more underappreciated markets including the perennially slept-on likes of Miami, Toronto and San Diego. It wasn’t what we’re used to—teddy bears and cutouts substituted for cheering fans as the league weathered its first spectator-less season—but given the less-than-ideal circumstances presented by COVID, MLB did just fine.

We have some awards to hand out with MVP, Cy Young, Rookie and Manager of the Year honors all up for grabs. See if you agree with our picks (as voted on by RDC central writers Jordan Cohn, Tim Kelly, Dan Mennella and myself) as we highlight the top performers of the 2020 MLB season.

Quietly one of the most decorated hitters of the past decade, Abreu took his game to another level in 2020, pacing the AL in hits (76), RBI (60), slugging percentage (.617) and total bases (148) while leading Chicago to the playoffs for the first time since 2008. Ramirez made a late charge in September, closing the gap on Abreu with a blistering final month (.366/.453/.841 with 10 HR and 24 RBI). Meanwhile three-time Gold Glover DJ LeMahieu—who has done nothing but hit in his two years donning pinstripes—surged to an AL-leading .364 average, becoming the first player in baseball’s Modern Era to win a batting crown in each of the two leagues. All three made compelling cases, but in the end, it was Abreu’s star that shined brightest. The rags-to-riches White Sox were the feel-good story of MLB and Abreu was the straw that stirred the Pale Hose’s drink. Not content with dominating the regular season, the 33-year-old launched a two-run blast as part of a 2-for-4 performance in his playoff debut Tuesday against Oakland. 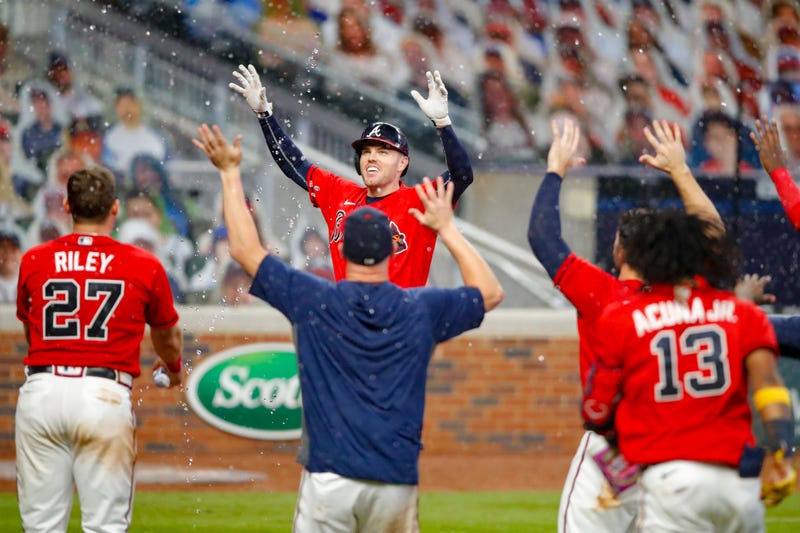 Coming off a breathtaking 2019 that saw him set career marks in both home runs (38) and RBI (121), Freeman upped the ante with his best season yet, submitting a superb .341 average while leading MLB in doubles (23) and runs scored (51). In a stacked NL MVP field alongside Dodgers newcomer Mookie Betts and sophomore stud Fernando Tatis Jr., the uber-consistent Freeman stood tallest, both literally (he’s listed at a towering 6’5”) and figuratively. The catalyst for an Atlanta squad that just notched its third straight NL East title, it’s about time Freeman got his due. No Brave has earned MVP distinction since Chipper Jones in 1999, but Freeman, who flourished down the stretch with eight homers and 32 RBI over 96 September at-bats, should put an emphatic end to that 21-year drought. Apologies to Juan Soto, who led the NL in average (.351), on-base percentage (.490), slugging (.695) and OPS (a Bonds-ian 1.185), but couldn’t even crack our top three MVP candidates. Go figure.

Bieber’s first bite at the playoff apple Tuesday night went about as well as the presidential debate happening simultaneously (accurately described by CNN’s Jake Tapper as a “hot mess inside a dumpster fire inside a train wreck”). But that doesn’t dull the luster of his herculean regular season, a 12-start tour de force that included a league-high eight victories, 122 strikeouts (good for a jaw-dropping 14.2 K/9) and a decidedly miniscule 1.63 ERA. Prior to Tuesday’s undressing, Bieber had limited opponents to three earned runs or fewer in 14 straight starts dating back to September of 2019. Others showed flashes—Maeda fared particularly well in his Minnesota debut (6-1 with an MLB-best 0.75 WHIP)—but Bieber, Cleveland’s first Triple Crown winner of the pitching variety since Bob Feller in 1940, is the no-brainer choice for AL Cy Young. Many questioned why a club with title aspirations would trade away three of its top starters—Corey Kluber, Trevor Bauer and Mike Clevinger—in one calendar year. Shane Bieber. That’s why.

Darvish’s first two seasons in the deep-dish capital weren’t anything to write home about, but the former Rangers and Dodgers ace finally put it all together in 2020, helping the Cubs punch their playoff ticket by spinning 76 brilliant innings, gathering 93 Ks and a stingy 2.01 ERA over that immaculate span. The right-hander finished the year on a relentless heater, puzzling hitters to the tune of a miserable .197 average with 41 punch-outs in the month of September. Even with the COVID-abbreviated 60-game schedule to contend with, the 34-year-old still compiled more victories (eight) than he had in his previous two seasons combined (seven). No one would bat an eye if the honor went to Bauer, owner of a pristine 1.73 ERA, or deGrom, who is plenty deserving of a third straight Cy Young Award (NL-high 104 strikeouts). You could even make the case for Braves up-and-comer Max Fried, who hasn’t been on the losing end of a decision since last September. But this panel gave the nod to Darvish, owing to his late-season heroics and his suffocating arsenal of high-90s cheese, a hammer splitter and a knee-buckling breaking ball. If the Baseball Writers Association agrees with us, Darvish would be the North Sider’s first Cy Young representative since Jake Arrieta in 2015. 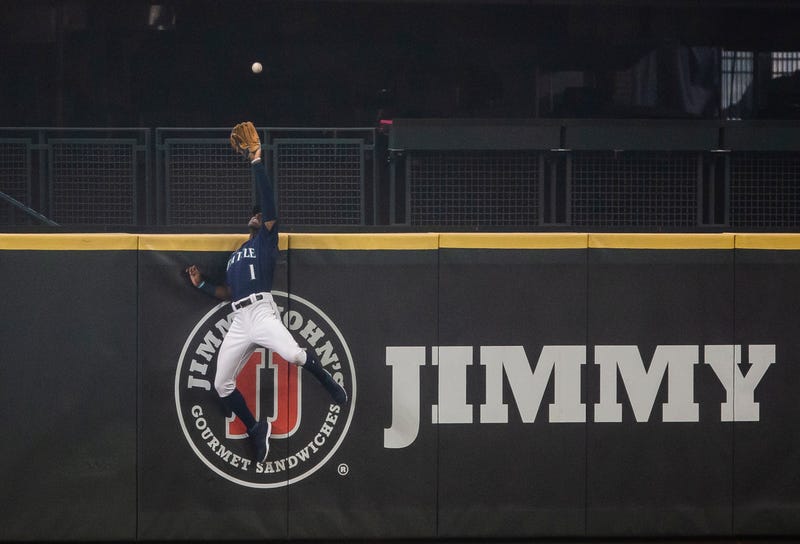 Seattle hasn’t experienced the thrill of October baseball since Ichiro Suzuki’s rookie year in 2001, but desperate Mariners fans in search of a silver lining won’t have to look hard for one. Kyle Lewis, a former Golden Spikes recipient (awarded annually to the top player in college baseball) at Mercer University, showed plenty of promise in 2020, tying for the major-league lead among rookies with 11 round-trippers while also pacing first-year players in both walks (34) and runs scored (37). The 6’4,” 210-pounder was active on the base paths as well, swiping five bags on six steal attempts. Robert was done in by an ugly September (.136 AVG with 32 strikeouts in 81 at-bats) but his nine thefts and 31 RBI, both tops among rookies, make him a worthy runner-up to Lewis. Mountcastle (.333, 5 HR, 23 RBI) took bronze and probably could have pushed Lewis for the top spot had he played more than 35 games.

It’s back to the drawing board for the Phillies, who watched their playoff hopes disintegrate in the final week, collapsing with seven losses in their last eight games. Who knows where Matt Klentak and company go from here, though at least the Phils know they found a good one in 2018 first-rounder Alec Bohm. The 6’5” goliath already has clutch hitting down to a science, as evidenced by his prolific .419 average with men on base this season (that number improves to .452 with runners in scoring position). The jury’s still out on whether Bohm will be able to stick at third base—he didn’t look all that comfortable there in his debut season (four errors)—but the 24-year-old’s potent bat gives him an unquestionably bright future in Philly. Bohm’s emergence this year also lessens the blow of J.T. Realmuto’s inevitable free-agent exodus. Tapping a reliever for Rookie of the Year isn’t sexy, but Williams, who allowed all of one earned run during the regular season, certainly merits consideration. Already among the league’s top setup arms, Williams’ elite fastball/changeup combo is legitimately devastating.

Cash’s big-league career didn’t bear much fruit—he spent nine years bouncing around as a scarcely-used backup catcher. But he’s proven to be a natural in the dugout, guiding the Rays to consecutive playoff appearances despite a shoestring budget and a roster largely devoid of household names. Only the Dodgers, whose prorated payroll exceeded $105 million (compare that to Tampa Bay’s modest $28.3 million, the third-lowest sum in MLB), logged more regular-season victories than the blue-collar Rays. Credited with bringing “bullpenning” and “openers” to the mainstream, no manager in recent memory has squeezed more out of his available talent pool than the ever-resourceful Cash. After third-place finishes in both 2018 and 2019, this is the year Cash will finally receive the recognition he’s long deserved. This is Cash’s award to lose, though Renteria, the architect of Chicago’s stunning turnaround in 2020, also warrants mention for returning the White Sox to relevance. 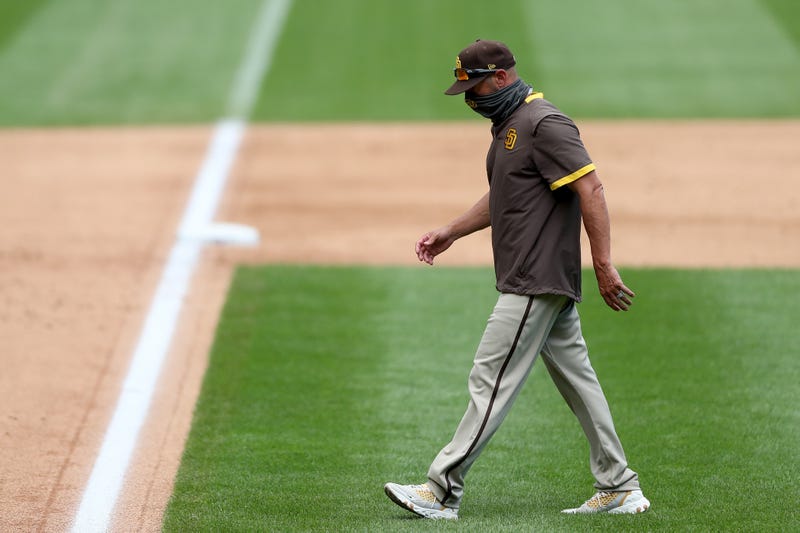 Tingler made a splash in his first year as Padres skipper, shepherding San Diego to a respectable second-place finish in the NL West (a division that has long belonged to Los Angeles), a resurgence that ultimately culminated in the Friars’ first postseason bid since 2006. Tingler coaxed breakout years out of Tatis Jr. and Rookie of the Year hopeful Jake Cronenworth while also overseeing left-hander Dinelson Lamet’s transition from useful, mid-rotation starter to staff ace. Mattingly gets props for leading Miami to a surprise playoff berth, an accomplishment made more remarkable by the Marlins’ early-season COVID disaster. But the 39-year-old Tingler is a star in the making and a strong choice for NL Manager of the Year, particularly after guiding the October-bound Padres to a franchise-best .617 winning percentage in 2020.