For just the third time, an NBA team and an MLB team from the same city get the unique honor of sharing a championship season.

Call it luck, or flat out knowing how to win, all three instances have been celebrated in the city of Los Angeles. First in 1988 with the Dodgers and Lakers, then again in 2002 with the Lakers and Angels, and most recently in 2020 the Lakers and Dodgers have reclaimed L.A. as Titletown, U.S.A.

No one can argue the degree of difficulty that went into winning a championship here in 2020, but for the both of these teams especially, the adversity they faced is worthy of a celebration whether it comes sooner or later.

On January 26, 2020 the Lakers lost their most polarizing figure in franchise history Kobe Bryant in a fatal helicopter crash. As if that weren't enough to derail a season, the entire NBA shut down just six weeks later due to a global pandemic.

The Dodgers weren't even positive if their season was going to happen at all. When things finally picked back up and the baseball season was underway the expectations and pressure for the Dodgers to deliver a championship was on everyone's mind within the organization. 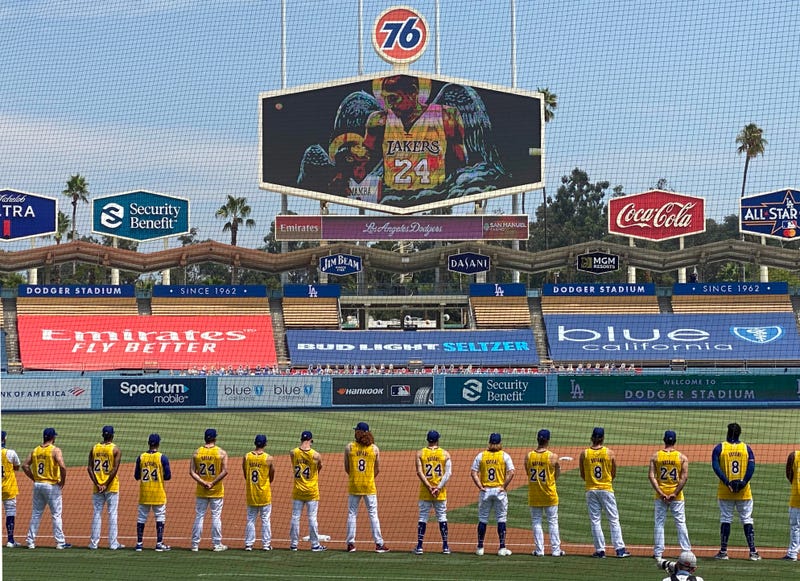 With the entire city of Los Angeles grieving, and the rest of the planet in a state of anxiety and paranoia, there was a clear and present feeling of uncertainty if sports should be played at all.

Both the Dodgers and the Lakers delivered and took home the hardware.

On an episode of Big Time Baseball, Dodgers Manager Dave Roberts explained to Tony Gwynn Jr. that the city of Los Angeles has it's sights set on one big parade for both the Dodgers and Lakers. Roberts mentioned there are some obstacles including guys currently playing for different teams along with the fact we are still in the midst of a pandemic. Roberts says he remains "optimistic and hopeful" the city will find a way to honor its champions as soon as it can be safely and properly done.

With this Dodgers championship Dave Roberts became just the 21st person in MLB history to win a World Series as both a player and a Manager. Perhaps even more significantly, Roberts joined Cito Gatson as just the second black Manager to win the World Series. Diving even further, Dave Roberts is the very first Japanese/African-American Manager to win the World Series which is something he says he has tremendous appreciation for.

When Gwynn Jr. asked Roberts about the significance of this personal accomplishment Roberts said "It's huge, to put it frankly. I don't go there very often....I do think though there's value in really being present and understanding what you are. When you put it in that context is really is sort of overwhelming it really is."

Both of these championships carry their own significance. For the Lakers, they honored their fallen legend by delivering championship number 17 and tying their bitter rival Boston Celtics for the most titles in NBA history in the process. The Dodgers who just couldn't seem to get over the hump, finally captured that elusive World Series title.

It's also worth noting both the Dodgers and the Lakers enter their 2021 campaigns as the favorite in their respective leagues to repeat as champions. One can only imagine the party that would follow both teams going back to back. That's a celebration worth waiting for.