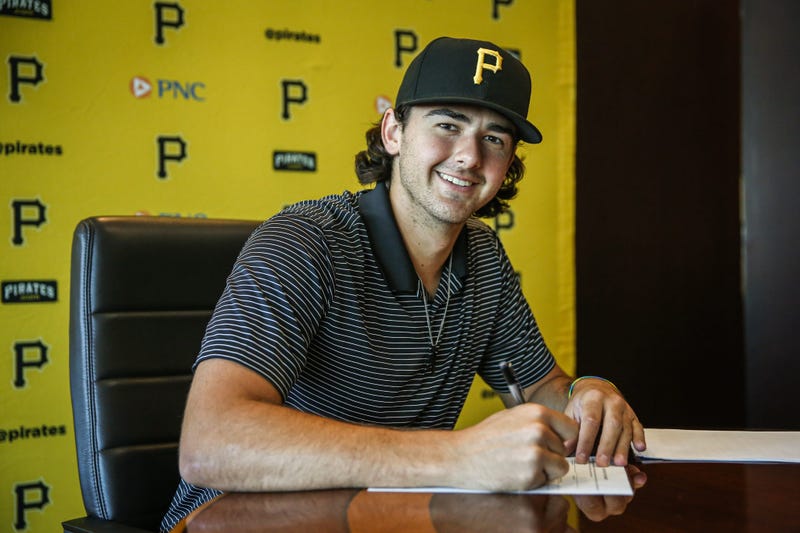 PITTSBURGH (93.7 The Fan) - On Thursday, the Pirates announced that they signed the last three unsigned players they selected from the 2020 Draft: Competitive Balance A round choice Carmen Mlodzinski, second-rounder Jared Jones, and third-rounder Nick Garcia.

Mlodzinski, who was selected 31st overall, is a 21-year-old pitcher that played college ball at the University of South Carolina.

As a redshirt sophomore, Mlodzinski was a second-team All-American selection.

In his four starts with the Gamecocks this past season, Mlodzinski had 22 strikeouts in 215.1 innings.

"Carmen is strong, physical, moves well on the mound and shows plus stuff.

"His performance continued to improve during his time in college, culminating in a dominant summer in the Cape Cod League and a promising start to 2020 before the shutdown.

"We look forward to helping Carmen continue his development as a starting pitcher."

"We are fortunate to add Jared to a growing group of young pitching prospects with the Pirates," said Cherington.

"Jared is one of the best athletes out of this year’s high school pitching class.

"He has elite arm speed and excellent raw stuff.

"We are equally impressed with his maturity and passion for the game.

"We look forward to working with Jared in a Pirates uniform."

Garcia played at Chapman University and had a 2.00 ERA in his five starts in 2020.

He was also ranked 18th among Division III pitchers with 36 strikeouts.

"Nick hasn’t been pitching for long but already does a lot of things we’d look for in a starting pitcher," said Cherington.

"We believe Nick is just scratching the surface and we are excited to work with him."

All six of the Pirates' 2020 draft selections have been signed now.