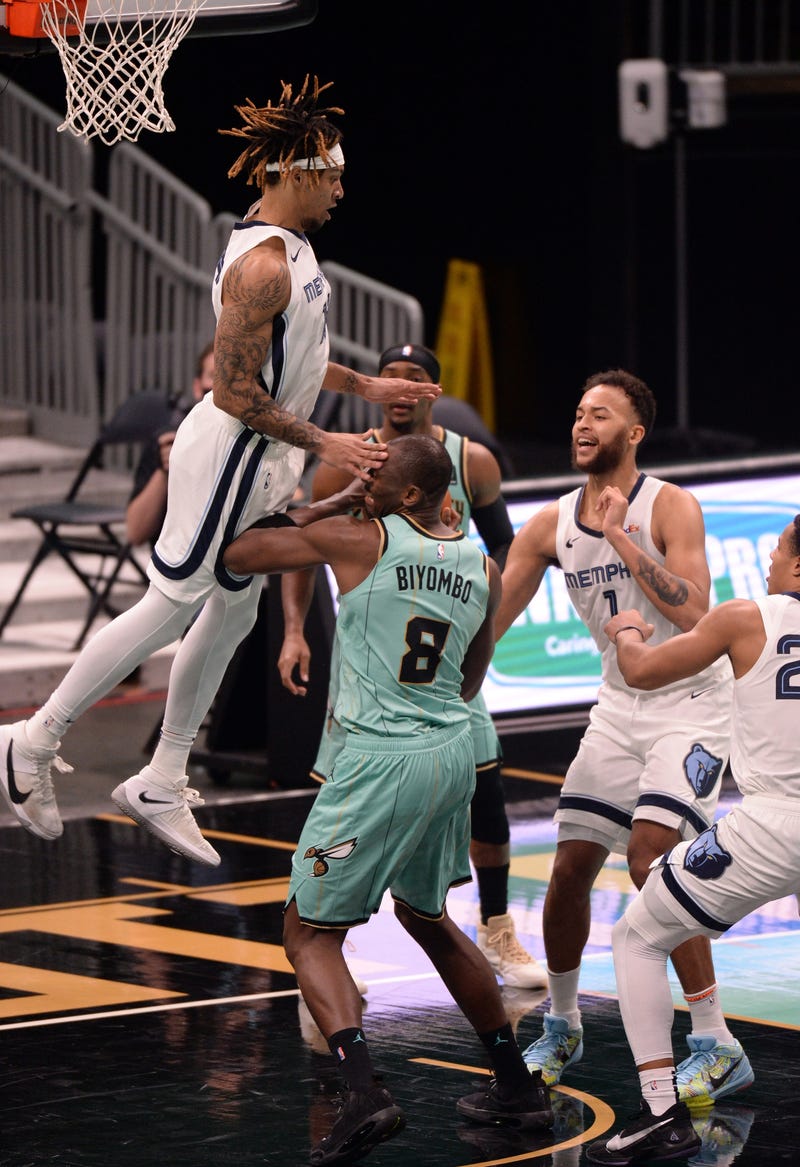 Memphis, which had seven players ruled out for various health reasons and dressed just nine, closed out a three-game road trip 2-1.

Kyle Anderson finished with 18 points and a career-best 11 rebounds, and Brandon Clarke 15 scored for Memphis.

Jonas Valanciunas had 14 points and 10 rebounds, Gogul Dieng scored 14, and Desmond Bane 10 for the Grizzlies. Tyus Jones led all players with 12 assists.

Bane was 2 of 7 from long distance and extended his streak of games with multiple 3-pointers to five, second-most in NBA history.

Charlotte was slowed by 9-of-31 shooting from 3-point range, shot just 40.7% from the floor and trailed by as many as 24 points.

Grizzlies: Forward Grayson Allen, who played at Duke, missed the game with a left ankle sprain. He was one of seven Memphis players listed as out for the game. … The Grizzlies have not started the same lineup in any of their five games. … Valanciunas has posted a double-double in all five games this season.

Hornets: Biyombo reached 4,000 career rebounds with seven in the first half. … Charlotte will play consecutive games in Philadelphia on Saturday and Monday to start a four-game road trip that includes stops in Atlanta and New Orleans.

Grizzlies: Will play at home on Sunday against the Lakers.

Hornets: Will visit the 76ers on Saturday and Monday.