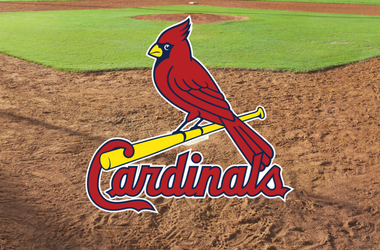 St. Louis Cardinals broadcast team members John Rooney and Ricky Horton joined a conference call with affiliate stations on Thursday to discuss the Cardinals time off and preparations for a time when baseball returns after COVID-19 measures.

Among the topics that Horton addressed at the beginning of the call included how the Cardinals left Spring Training.  The Cardinals finished their final game of 2020 spring training on March 12th against the Marlins winning 3-0.  Horton said some during that game suggested it might end early.  Spring Training ended the next day.

Horton suggested that MLB pitchers would have the hardest time adjusting and said that spring training is mostly for pitchers. The adjustment could mean managers only giving starters around 3 or so regular innings to start when the season cranks back up.

During the conference call with Cardinals Radio affiliates Ricky Horton noted the hitting development he witnessed in spring training 2020 from Cardinals 3rd basemen Matt Carpenter. Horton attributed part of that development to his time in the off-season working with former Cardinals slugger Lance Berkman. Berkman worked with Carpenter revamping his swing to use more of the field and called Carpenter a "born hitter".

Riches at the Catchers Position

John Rooney from the Cardinals Radio Network broadcast team noted that Yadier Molina was having a solid spring training while going "deeper" into games in the spring to work with newer members of the pitching staff.   He also pointed out the post-season success of Matt Wieters in 2019 and a solid 1-2 punch for the catchers at the big league level.

Horton noted that 25-year-old Andrew Knizner has emerged as the Cardinals catcher of the future.

Other news and notes

- Among other items listed during the conference call was the idea that this "corona" time will really impact not only the MLB, but the Memphis Redbirds and other minor league clubs where there may or may not be any sort of season. Horton suggested having players in their home minor league markets using training programs during the season in some safe "socially distanced" type of fashion.

- Alex Reyes continues his trek back to the Cardinals and Horton thought that this new setback (time off for coronavirus) isn't ideal for Reyes.