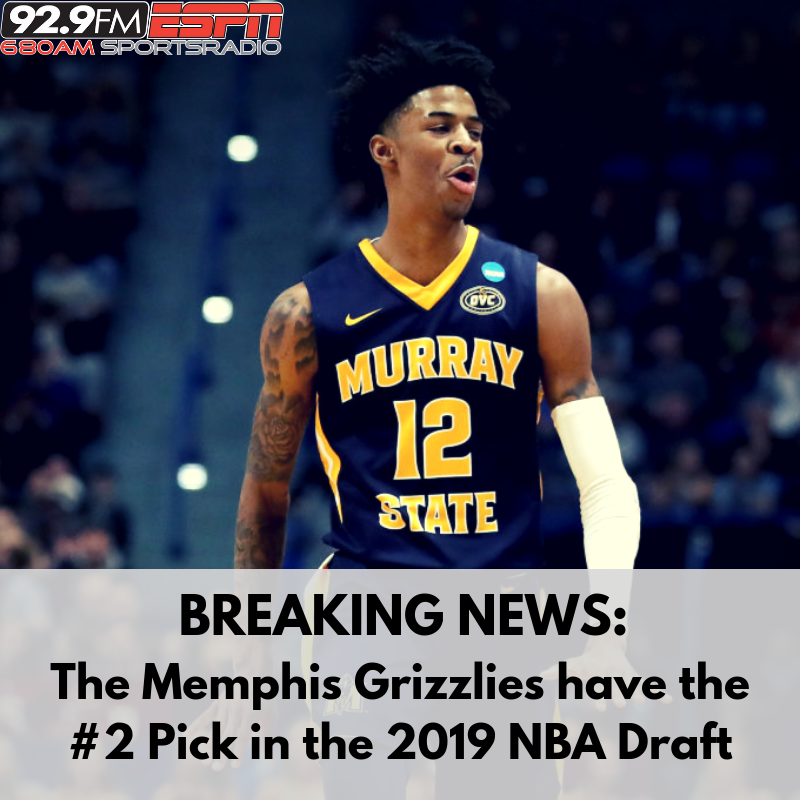 BREAKING NEWS:The Grizzlies will have the #2 pick in the 2019 NBA Draft pic.twitter.com/OTNUYdzYmi

Given statistical production, shooting, and the eye ball test most observers have pegged Ja Morant as the likely #2 pick in the NBA Draft.

Source: Barring the unexpected, Memphis Grizzlies front office and ownership appear to have locked in on selecting Ja Morant with the No. 2 pick in the 2019 NBA Draft, and are informing parties in Chicago of such. That clears the way for R.J. Barrett to fall to the Knicks at #3.

Below are the results from NBA Draft Lottery 2019 presented by State Farm:

Below is the order for the remainder of the first round and the complete second round for NBA Draft 2019 presented by State Farm:

33.       Philadelphia (from Cleveland via Orlando and New York)

36.       Charlotte (from Washington via Orlando, Denver and Atlanta)

40.       Sacramento (from Minnesota via Portland and Cleveland)

41.       Atlanta (from Los Angeles Lakers via Cleveland and Indiana)

42.       Philadelphia (from Sacramento via Brooklyn and Milwaukee)