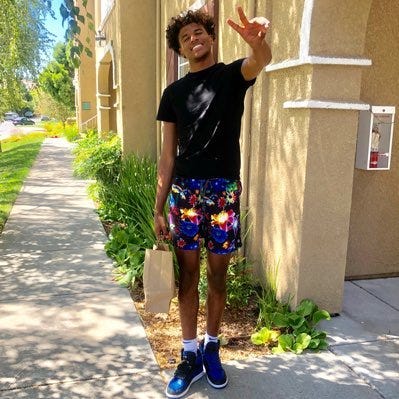 Here's more from the G-League press release. Below more from ESPN's Adrian Wojnarowski.

NEW YORK, April 16, 2020 – High school senior Jalen Green has signed to play in the NBA G League next season, league President Shareef Abdur-Rahim announced today.  Green is ranked by ESPN as the No. 1 basketball recruit in the Class of 2020.

“We’re thrilled to welcome a player and a person of Jalen’s caliber to the NBA G League,” said Abdur-Rahim.  “He represents the next generation of NBA players, and we couldn’t be more excited to have him develop his professional skills in our league.  Jalen will learn from an NBA-caliber coaching and player development staff as he begins his professional basketball journey in the NBA G League.”

In the NBA G League, Green will have the opportunity to accelerate his on-court development as he learns NBA-style basketball alongside veterans of the professional game while focusing heavily on life skills development.  Details of the new team Green will play for, which will be unaffiliated with any existing NBA G League franchise or NBA team, are forthcoming.

Full ESPN story with details on the NBA's elevated pro pathway program that could change the landscape of basketball: https://t.co/CniQPtMx5W https://t.co/VqD4hmCsEB