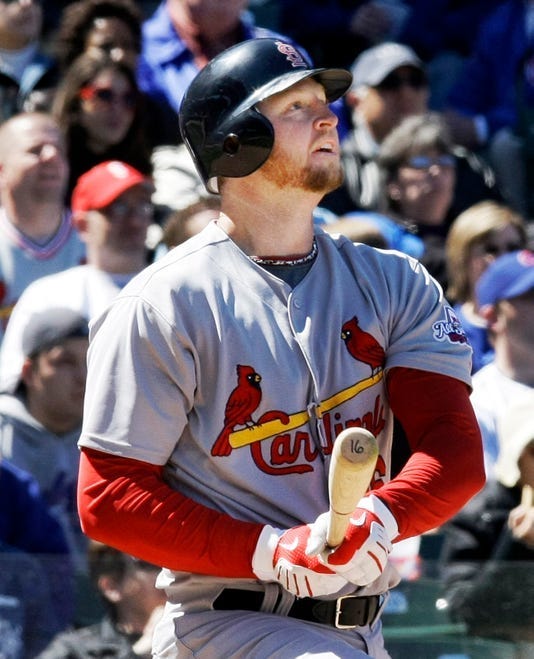 ST. LOUIS (KMOX) - Former St. Louis Cardinals outfielder and St. Louis sports radio host Chris Duncan, 38,  has died after a long battle with cancer. News about the 2006 World Series Champion's death was announced by Rick Horton and John Rooney on KMOX (92.9 via Cardinals Radio Network), during the broadcast of Friday's Cardinals game in Pittsburgh. Duncan spent 7 years in the Cardinals farm system, including the Triple-A Memphis Redbirds. He made his Cardinals debut on September 10, 2005 and went on to win a World Series with the team in 2006.

Duncan played parts of five years in the majors, all with St. Louis. He was a radio host on 101 ESPN's show "The Turn" after his playing career ended.

In 2011, after helping his mother fight brain cancer, he later found out he also had a similar diagnosis.

Duncan left radio to fight brain cancer in early 2018, but later returned for a short time. It was announced he would be permanently leaving the station to face his fight with cancer in January of this year.

It’s with an extremely heavy heart that we announce that our former teammate Chris Duncan lost his battle today. He will always be a part of our family at the station and a big part of our community! RIP Dunc we love you! pic.twitter.com/IWqB9z2sAv