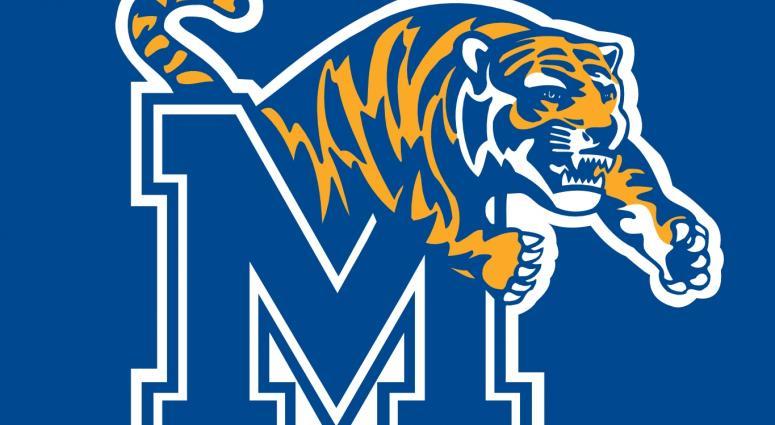 Happy to be in both rankings but we’re already back at work getting ready for our AAC matchup at Temple Saturday! #KeepCLIMBing #GoTigersGo pic.twitter.com/pscrhk3KmB

The next two months in the Southeastern Conference figure to be a high-stakes playoff eliminator.

Hopefully, the games will be more aesthetically pleasing than No. 7 Auburn and No. 10 Florida at the Swamp on Saturday. No complaints about the intensity, though, as the Gators took advantage of freshman quarterback Bo Nix's lost day to win the first meeting between the once-annual rivals since 2011.

The SEC entered the weekend with five top-10 teams that were scheduled to play seven games against each before the conference championship in December. While SEC fans are hoping for a scenario that sends two (at least) from the league to the College Football Playoff, it's more likely the contenders will knock each other off and set up a playoff play-in in Atlanta.

Conventional wisdom has been that No. 1 Alabama and No. 3 Georgia are clearly national title contenders and No. 5 LSU moved into that neighborhood over the first month of the season.

Auburn has been making a case to be considered in that class while Florida fans were probably feeling a little left out. Nobody seems to be taking the Gators all that seriously.

The Gators head to LSU next week with an offense that doesn't seem capable of keeping up with the Tigers' aerial show. LSU's Joe Burrow threw five more touchdown passes against Utah State in a game where the Tigers tapped the brakes on the hurry up to protect their defense in the hot weather. And still scored 42.

The turnaround alone will be challenging for Florida. The SEC grind can be overplayed by the conference's supporters, but squeezing Auburn, at LSU, at South Carolina (not that tough) and Georgia into a five-week span can take a toll.

The Florida game was the first of four games for Auburn against the SEC's other top-10 teams. Nix looks a long way from being able to play at the level necessary to beat one of those top teams, but Auburn's defense is ferocious and the Tigers get both Georgia and Alabama at home.

Auburn probably won't win the SEC, but it will be a factor.

U MUST BE JOKING?

Five games into the season and all that energy and hope Manny Diaz injected into Miami are gone.

The new coach of the Hurricanes took over a team in a deep quagmire last December when he was hired to replace Mark Richt, who unexpectedly retired. The follow-up to 2017's turnover-chain-fueled ACC championship game appearance for Miami was a 7-5 dud in 2018. Diaz's return from what amounted to a couple of weeks as Temple coach brought optimism.

Not anymore after Miami (2-3, 0-2) lost a second division game in a most frustrating and bizarre way.

Remember, this was the same Virginia Tech that was humiliated at home last week by Duke. If the Hokies were at rock bottom, they made room for the 'Canes.

Diaz, a native of Miami and excellent defensive coordinator, talked a lot about bringing the swag back to the Hurricanes. That might happen eventually. He could turn out to be the next Butch Davis. But for a fan base that has been pining for a return to glory for years, another season stuck in the middle of the ACC Coastal — or worse — will burn a lot of Diaz's credibility.

It was easy to question why Matt Rhule would take the Baylor head coaching job after the 2017 season. The program was a mess after Art Briles was fired amid a sexual assault scandal at the school. Rhule had done a great job at Temple and had a chance to take the Oregon gig but decided to go to Waco, Texas, and rebuild. The roster was depleted and the players he inherited had not learned much about accountability under the previous regime.

Rhule seemed like a weird fit. He was born in New York City and grew up in State College, Pennsylvania. He played for Penn State and worked in the NFL before landing the Temple job.

From a scheme standpoint, Baylor had been all about the spreading the field, playing fast and lighting up scoreboards under Briles. Rhule's Temple teams were built on toughness, hard-hitting defense and winning in tight spaces.

Nobody is questioning the fit now. The Bears pounded Kansas State to improve to 5-0. Baylor came into the game 16th in the country in yards per play allowed at 4.46 and then allowed Kansas State 4.61. Charlie Brewer has been one of the most efficient quarterbacks in the Big 12, with 11 touchdowns and no interceptions.

AROUND THE COUNTRY: Another surprising unbeaten: Minnesota went to 5-0, with its first easy victory of the season , against Illinois. There should be at least a couple of spots opening in the AP Top 25 on Sunday. The Gophers were last ranked in 2014. ... Khalil Tate, remember him? The Arizona quarterback threw for 404 yards and three touchdowns in a victory against Colorado that left the Wildcats alone in first-place in the Pac-12 South. ... No. 4 Ohio State made light work of Michigan State and is allowing 8.8 points per game ... Right-handed Iowa QB Nate Stanley flinging a pass with his left hand while getting dragged down on a fourth-and-long that came up way short was the perfect ending for Michigan's victory against the Hawkeyes. ... No. 21 Oklahoma State's loss at Texas Tech dropped the Cowboys to 4-6 against unranked teams and 5-2 against ranked teams the last two seasons ... The potentially really good team that we're still not so sure about: No. 12 Penn State. The Nittany Lions face Iowa, Michigan and Michigan State next. ... South Florida will miss UConn when the Huskies leave the American Athletic Conference next year. South Florida snapped a nine-game losing streak against FBS opponents by beating Connecticut. UConn was also the last FBS opponent the Bulls beat.

news
Man wins lottery jackpot on grocery trip to buy mac and cheese
sports
Texans coach Crennel confirms Houston could be seller at NFL trade deadline
news
3 muertes, 121 casos confirmados de COVID-19 tras brote en reunión de iglesia
news
Fauci says you may have to ‘wait several months into 2021’ for COVID-19 vaccine
music
Billie Eilish on quarantine: 'If we get the orange man out, maybe we’ll get to see each other again'
music
Drake served up Mac n Cheese with raisins for his birthday, and nobody is here for that