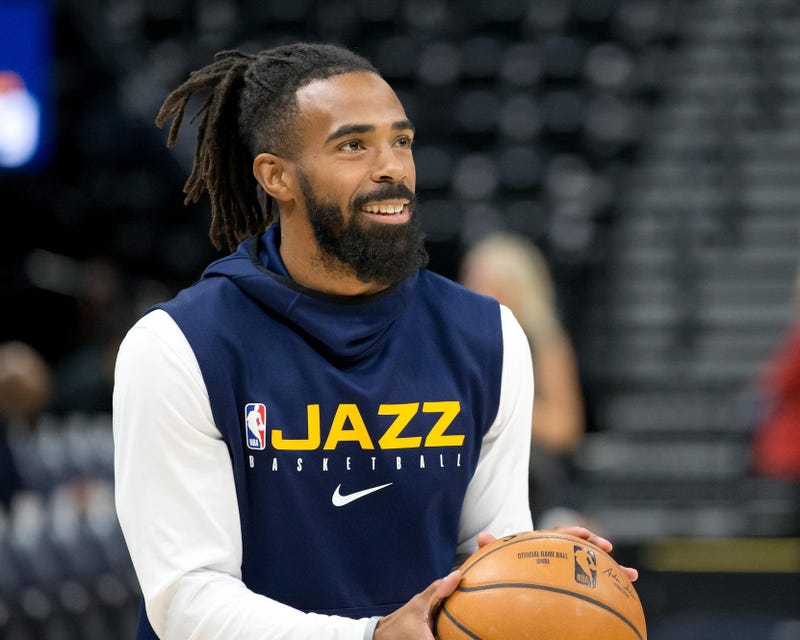 There is certainly much anticipation in the air as Mike Conley returns to FedExForum to take on the Memphis Grizzlies on Friday night (11/15/19). This is Conley's first trip to Memphis since being traded to the Utah Jazz.

In June it was first reported that Memphis was trading Conley to the Utah Jazz for Kyle Korver, Jae Crowder, Grayson Allen, the 23rd pick in the draft (which was traded up from), and a protected first round pick in 2020.

Yes, Memphis' front office did a great job drafting Conley's replacement in Ja Morant, but flipped him for a starting forward in Crowder, a rotation player in Allen, and maneveured to acquire the pick (moved up) to get Brandon Clarke. But the emotional connection to Conley was, and is strong, since he was part of the "Core 4" (Gasol, Conley, Zach Randolph, and Tony Allen) responsible for a Western Conference Playoff run and seven consecutive playoff appearances from 2010 through 2017. Conley appeared in 788 games (758 starts) over 12 seasons (2007-19) with the Grizzlies and averaged 14.9 points, 3.0 rebounds and 5.7 assists in 32.6 minutes.

Here's what currently Grizzlies guard Ja Morant had to say during early media availability prior to Friday night's game:

“He changed the culture.”- @JaMorant on Mike Conley’s legacy and facing him tonight. #GrzNxtGen pic.twitter.com/oigyRcdCp4

Listen to the Utah Jazz vs. Memphis Grizzlies game live with pregame at 6:30 p.m. with Eric Hasseltine and live play-by-play just after 7:00 p.m. from FedExForum on 92.9 FM ESPN, Memphis' Sports Station.

Click below to listen to Daily Memphian Grizzlies Columnist Chris Herrington on the Geoff Calkins Show discussing the return of Mike Conley (11/15).